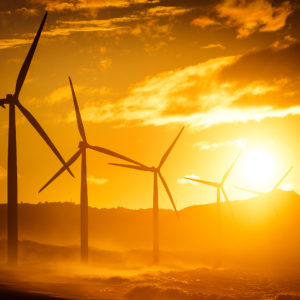 What impact could a warmer world have on human health? With concern about human-caused global warming growing, this question has increasingly become a focus for medical and public health professionals around the world. In October, 24 academic institutions and intergovernmental organizations produced a report for the Lancet, one of the world’s oldest and most respected medical journals, seeking to document the breadth of the impact global warming could have on human health. This year’s report was the continuation of a research focus that began in 2015, when the Lancet created an independent commission to study the effects of climate change and global warming on not only health, but also human migration, productivity, and economic well-being. All told, the Lancet’s article devotes 27,000 words to the various impacts of global warming and potential solutions. While attempting to present an overall picture of the problem, the Lancet’s notes acknowledge the complexity of the migration issue, in which climate change is only one factor.

Determining when migration is caused by climate change is complicated. For many people, the decision to relocate is the result of more than one factor. In its report, the Lancet writes that climate change has already become “the sole contributing factor for at least 4400 people who are already being forced to migrate, worldwide.” Out of a global population of 7.6 billion, this number is almost ludicrously small.

Out of the 4,400 people considered to be “migrating solely because of climate change,” some 3,500 people live in various native villages off of the coast of Alaska. These communities frequently have populations of fewer than 300 people, and many rely on subsistence hunting and whaling for food. As a result, small shifts in animal activity, including changing caribou migration patterns, have significant effects on these villages. Of more immediate concern for villages like Kivalina, Newtok, Shaktoolik, and Shismaref is coastal erosion, which threatens the small islands on which these villages are built.

For the U.S. government, erosion is potentially an expensive problem. Relocating the 78 households of Kivalina is estimated to cost up to $1 million per person. The island on which Kivalina is built is predicted to be uninhabitable by 2025. Five other Inuit villages face similar problems in the near future. According to Lancet’s paper, these people are majority of those at immediate risk of forced climate migration. In addition, the article cites 1,200 people who will be forced to move in Papua New Guinea, and 25 households in Louisiana.

In a supplementary appendix to the article, the Lancet admits that even though “the presumed link between climate change and migration is now firmly embedded” in the academic and public minds, there are few examples of direct links between warmer temperatures and migration.

“It is important to be cautious regarding attribution of witnessed changes and attribution of migration to climate change,” the authors write. After all, migration has always been part of the human experience and any decision to relocate generally involves a number of different factors.

“People from many locations are assumed to be migrating due to the possibilities given as being climate change only, but analysis shows that the assumptions are not always supported,” it continues.

A table explains the various degrees of impact climate change may have on human migration. These range from extreme weather events like floods, droughts, and storms, to limited food, and increased temperatures which make it more difficult to work outdoors. For each of these effects, most people are several degrees of separation from direct impact. Although small populations, like those in Alaska, may be at more immediate risk of coastal erosion, the majority of the world’s population lives in areas that are unlikely to significant effects from climate change for decades, if at all.

This begins to demonstrate the difficulty of long-term projections about population migration. Predicting population size and movement further out than the end of the century quickly encounters the problem of the uncertain technological future. After all, no one in 1917 was likely to predict the size and scope of the computer revolution, nor how it has come to shape contemporary life. Trying to glimpse too far into the future might begin to sound like a science fiction novel.

“If people choose to settle other planets, solar systems, or galaxies over the next several millennia in order to escape a dying Earth—as much science fiction (not peer reviewed) has postulated—would they be climate (change) migrants?” the authors muse.

This example also shows the limitations of attempting to project both a shifting climate and the individual decisions of millions of people. In the short term, migration can be attributed to multiple causes. In the long term, predictions rely on too many factors to be reliable.