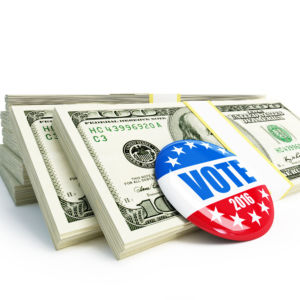 Lawsuit: Union Should Be Considered a PAC

A Washington state union should be subject to the same state disclosure laws as a political action committee, argued the group behind a legal challenge.

The Service Employees International Union (SEIU) is one of the biggest unions in the country at about two million members. Federal labor law dictates that the union and its local affiliates are required to disclose political expenditures once a year.

The Freedom Foundation, a free-market think tank, filed a lawsuit Jan. 19 arguing that the yearly disclosure requirements aren’t sufficient for SEIU Local 775 – given the sheer amount of political activities the union is engaged in. Instead, according to the lawsuit which was filed on behalf of state residents, the local should be considered a political action committee (PAC).

“SEIU 775 does have a political action committee which does some reporting,” Eric Stahlfeld, senior litigation counsel for the Freedom Foundation, told InsideSources. “This is against, not the PAC, but against the union itself. We’re alleging that they themselves are such a political organization that they have to file those disclosure forms.”

The lawsuit also alleges that millions of dollars on local political activities go unreported because of the classification. PACs are subject to different disclosure requirements than labor unions based on both federal and state laws. Local 775 being considered a political committee could make it subject to more frequent and thorough disclosure reports.

“In this case, there are some federal disclosure laws,” Stahlfeld said. “It’s basically once a year at the end of the year. That obviously is not sufficient if there is a ballot initiative that comes up in November and they go ahead and spend a large amount of their money.”

The Freedom Foundation lawsuit includes a long list of political activities that the union engaged in which allegedly meet the threshold to be considered a political committee under state law. The list includes direct contributions to campaigns and political initiatives along with examples of how union staff and resources were used in support of political ventures.

“But finding out in April the following year that a committee spends a lot of money or had people working on something is not sufficient in our view,” Stahlfeld said. “That’s why the state of Washington has separate disclosure law requirements which are basically a lot more timely. So they typically have to file during the campaign.”

Stahlfeld notes there are several ways to show that an organization is a political committee beyond just contributions. The lawsuit alleges that the local meets that definition because politics is its primary purpose. Local 775 is likely to argue that while it does engage in political activities, that is not its primary purpose.

Local 775 also has a lot of members who are considered a type of state employee because they assist someone collecting Medicaid funds. Stahlfeld notes that this makes the union particularly interested in local elections since those lawmakers will be part of the contract negotiation process.

“They can do a couple of different things,” Stahlfeld said. “They can back off having so much political activity. I don’t really see them doing that. They can run it all through 775’s committee, or they can disclose. There’s a couple of things they can do. But basically, what we’re saying, at this point, there is an awful lot of political activity that isn’t being reported.”

The Freedom Foundation and Local 775 have clashed many times before, as well. The foundation fought the local in a lawsuit over whether it had the right to tell independent care providers that dues were optional. The group has also accused the union of allowing toxic work cultures.

Local 775 did not respond to a request for comment by InsideSources.