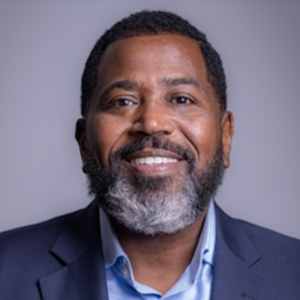 For more than 15 years, New York City officials routinely turned to CORE Services Group to provide desperately needed support to the neediest New Yorkers, including food and shelter for thousands of the homeless.

Now, however, city officials and CORE, one of the largest nonprofit organizations running homeless shelters in New York, are locked in a bitter legal dispute. It is unwinding the city’s already strained social-safety net and creating more uncertainty for New York’s most desperate residents.

The conflict reflects the city’s larger difficulties partnering with the vital nonprofit sector, a failure acknowledged by Mayor Eric Adams himself, at the same time New York and other municipalities struggle to address the growing problem of homelessness in the United States.

At the center of the dispute is claims by the city’s Department of Homeless Services (DHS) that CORE’s leaders used the nonprofit to enrich themselves by awarding contracts to several for-profit companies it had established, including a security firm, a maintenance company, and a food services business.

But representatives of CORE dismiss those allegations as fabricated. They argue the city only began questioning their business practices after CORE started pressing for payment of the roughly $35 million in outstanding bills New York City owes to the nonprofit.

CORE officials add that the for-profit businesses in question were created to provide the nonprofit shelters with the essential food, security, and other services they need to operate. The officials say CORE has been operating this vertically integrated model for years with the city’s explicit knowledge and approval.

CORE cites publicly filed correspondence in which the organization disclosed this information to DHS — specifically to Vincent Pullo, the Agency Chief Contracting Officer for the New York City Department of Social Services, who has emerged as a central figure in the dispute.

The battle between the city and CORE, a Black-run organization with deep ties to communities of color, has also galvanized several prominent Black leaders around CORE and its CEO, Jack Brown.

Famed civil rights lawyer Benjamin Crump said the city’s chronic delays in paying non-profit partners like CORE are well-documented and have brought many organizations to the brink of financial ruin, just when the nonprofits are needed most.

“The attacks on CORE are a shameful attempt by the city to divert public attention from its disastrous policies,” he told Inside Sources in a statement. “While Mayor Bill de Blasio repeatedly pledged that his administration would devote itself to finding a solution to homelessness, the number of homeless individuals in New York reached historic highs under his watch, particularly in communities of color. But rather than work with CORE to fix the problem, the city chose to scapegoat the organization for its own failures.”

The controversy started in the waning days of de Blasio’s administration when the city filed a lawsuit against CORE and ordered it to repay $2.3 million for “excessive executive salaries.”

CORE responded by pointing out the city owes it some $35 million for previously provided services, and that the de Blasio administration “knowingly” used its services and then turned deadbeat.

“The sequence of events says it all–de Blasio used CORE to deflect from his own failures addressing homelessness in New York City,” Wendy Weingart, CORE Vice President/General Counsel, told InsideSources. “The failure to pay nonprofits that continued to operate during the worst of the pandemic is indefensible.”

She added, “Simply put, the de Blasio administration took advantage of CORE through administrative delays and did not pay CORE for several programs it operated at the behest of the city for over a year.”

City comptroller Brad Lander declined to respond to repeated requests for comment about CORE or the city’s overall policy toward nonprofits. A spokesperson for Adams referred all questions to the city’s legal department, which declined an interview request.

But a city government spokesman quoted in The New York Times last year said, “We and the mayor were crystal clear that if CORE did not reform in response to our corrective actions, the city would have no choice but to end our relationship with them.” Earlier this month, the city’s Corporation Counsel, Sylvia O. Hinds-Radix, filed a memo opposing CORE’s motion to have the complaint dismissed. CORE officials have defended their record of helping New York’s homeless adults, as well as families with children and runaway youth.

“In 2021, CORE’s Crown Heights shelter program for senior men was rated ‘excellent’ by DHS. And in 2019, CORE was designated as provider of the year,” a CORE spokesman said. “It’s simply unconscionable that de Blasio would move to shut down these well-run shelters, which housed over 470 people at a time when people are sleeping in subways and on street corners.”

And CORE isn’t the only non-profit battling the city. Relationships between non-profits and the city are “in crisis,” according to a recent report from a task force established by Adams and Lander. In its February memo, “A Better Contract for New York,”  city officials acknowledged “delays in payments from the city to its human services partners have caused financial problems and even bankruptcy to critical nonprofits.”

Yet CORE argues it has been singled out by city officials for meritless attacks.

It noted in court filings the discovery of an unexpected hold was placed on payments to CORE in the city’s payment processing system – despite the fact that CORE had provided services to the city.

The hold itself was accompanied by a cryptic note saying, “As per Vincent [Pullo] & Bill [Dorante], hold off CORE payment until further notice,” according to court filings. Dorante is the Administrative Director of Social Services for DHS.

When CORE’s attorney attempted to find out why Pullo and Dorante placed the hold on payments, Pullo responded evasively, saying in an email, “I cannot tell what contract this note is connected to, so I cannot opine on why it’s there.” Eventually, the city’s corporation counsel intervened and informed CORE that there was, in fact, no hold.

CORE says the episode was a telling example of its overall experience interacting with Pullo, whom they describe as less than forthcoming.

For example, NYC has acknowledged CORE disclosed the existence of its for-profit subsidiaries and Brown’s involvement with them in an August 23, 2017, letter to DHS. And yet Pullo said in his affidavit in the city’s lawsuit against CORE, that DHS did not know that the subsidiaries were being disclosed “in connection with the contracts [CORE] was then entering into with DHS.”

CORE employees who have dealt with Pullo describe encounters with him as “tense, antagonistic or hostile” — and point to his previous problems with nonprofits like Aguila to argue that he has a history of dishonest work.

In April 2019, Jenny Rivera, CEO of the Bronx homeless service, told The New York Daily News that Pullo withheld funding to Aguila until Rivera signed an affidavit stating the nonprofit had no connection to slumlords the Podolsky brothers — a false statement, as Aguila offered services to families living in Podolsky-owned buildings, and the city knew it.

“Under duress, I was coerced into signing this affidavit even though the city knows full well that Aguila manages multiple buildings owned by the Podolskys,” Rivera wrote in a letter addressed to Mayor de Blasio. “Aguila requests that City Hall look into the above matters as well as the decision-making process and actions of the Department of Homeless Services and the Mayor’s Office of Contracts.”

At the news website Black Press USA, contributor Barrington M. Salmon writes, “It is hard not to view CORE’s battle with New York City Department of Homeless Services without taking race into account as the competence and abilities of Black professionals almost always come under attack from certain critics seeking to undermine them and their abilities regardless of the experience and expertise they bring.”

The nonprofit report is one point in which CORE and the current administration have some agreement. “CORE is hopeful that Mayor Adams and Comptroller Lander take the necessary steps to address this problem quickly. We applaud them for identifying the problem and looking for a solution,” a CORE spokesman said.