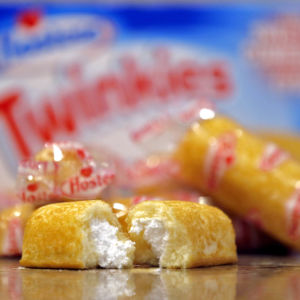 President Donald Trump and congressional leaders passed the tax reform law with the promise it would help everyday workers. The plan cut business tax rates with the aim of boosting economic growth. A growing list of large corporations immediately responded to the law by announcing pay raises and bonuses for their employees.

Hostess Brands, which produces many iconic snacks, joined the list of companies responding with bonuses Jan. 31. The company also promised employees free Hostess products for an entire year. Stabenow scoffed at the announcement while speaking this week at a conference hosted by the United Automobile Workers (UAW).

“Corporate investors get millions,” Stabenow told a crowd during the union conference. “American workers get Twinkies.”

Stabenow generally sees the pay raises and bonuses by corporations as being fairly small – especially when compared to what their shareholders get. She also denounced those companies for making a big deal out of the raises and bonuses – which have been seen by some as a publicity stunt.

The 2018 UAW Community Action Program Conference included lawmakers and union leaders who detailed their top political aims for the coming year. They discussed a range of topics including union advocacy during the midterm elections and the need for an equal economy.

Stabenow attacked the president for what she sees as inaction on helping workers during her speech as well. She also accused him of putting his own family ahead of the country and stacking high-ranking government positions with people who are against workers.

“That’s what happening today,” Stabenow said. “We have people overseeing departments who don’t have the American peoples’ interests at stake.”

House Majority Whip Steve Scalise claimed on his website that the tax reform law has resulted in $3 billion in bonuses for 3,000,000 workers already. The House Education and the Workforce Committee echoed the claim on social media recently.

American Express promised last month that it would increase contributions to employee profit-sharing plans with a $200 million or higher investment. Best Buy announced that it would be giving bonuses ranging from $500 to $1,000 to more than 100,000 employees. The Walt Disney Company announced many employees will get a $1,000 cash bonus.

AT&T, Boeing, FedEx, Lowe’s, Wells Fargo, and many other large companies also have announced bonuses and pay raises in response to the law. Hostess promised its employees a $750 bonus and $500 in 401(k) contributions – alongside the free snacks.

Stabenow is not alone in her criticism on these tax cut bonuses. Democratic leadership has been generally dismissive of the bonuses and pay raises as not being a big deal. House Democratic Leader Nancy Pelosi even called the bonuses and raises merely “crumbs.”

Hostess did not respond to a request for comment by InsideSources.