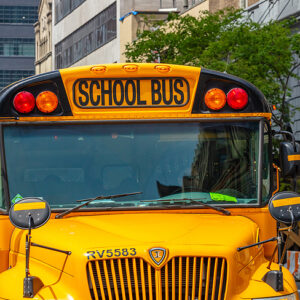 Lift the Cap on Educational Opportunity in New York City

When New York legislators return to Albany, they and Gov. Kathy Hochul will have just six weeks to act on a number of pressing issues. None is more important than the decision on lifting New York City’s charter school cap.

Charter schools have been a valued choice for tens of thousands of New York City families, providing a different kind of public education for students who might not fit the mold of traditional district-run schools. But the city’s charter schools are subject to an arbitrary cap, which has been reached. Educators and parents who want to open new charter schools can’t get approval. Students on waiting lists are stuck until the law is changed.

Charter school caps are vestiges of the time when charter schools were considered unproven in public education. Legislators wanted to start small and observe the results, which is a fair approach. But the results have been in for some time and caps now serve only to limit opportunity for students — especially the Black and Hispanic students, and those from low-income families who make up the vast majority of pupils in New York City charters.

The city currently has 272 charter schools enrolling 140,000 students, according to the New York City Charter School Center. To people outside New York City, this may sound like a lot, but it accounts for less than 15 percent of public school enrollment. There’s plenty of room to grow.

More to the point, parental demand for charter schools is growing. Demand picked up during the coronavirus pandemic as parents — many for the first time — saw firsthand what and how their students were learning and decided to make a change. While state data show district school enrollment declined 9 percent over the last two school years, the New York City Charter School Center reports charter enrollment jumped 9 percent. And Students First NY reports more than 163,000 students on charter school waitlists.

It’s not hard to understand why parents are turning to charter schools — they see the results. A 2010 study by Stanford University’s Caroline Hoxby found students attending New York City charter schools from first through eighth grades closed about 86 percent of the urban-suburban achievement gap in math and 66 percent in English. A 2017 study from Stanford’s Center for Research on Education Outcomes found “charter students in New York City gain an additional 23 days of learning in reading and an additional 63 days of learning in math over their district school peers” each year, and Hispanic students in charter schools completely closed the achievement gap with White students in district schools.

Much of the credit goes to New York City’s well-respected charter networks like Success Academy, KIPP, Achievement First and Uncommon Schools. But single-site schools with deep attachments to their neighborhoods also thrive across the five boroughs. This is one reason charter schools were quick to respond to students’ needs during the pandemic.

Whether more students will have access to similar opportunities depends on Hochul and the legislature. The New York City Charter School Center reports 11 proposed charters are waiting to move forward but can’t because of the cap. Other potential leaders and educational innovators — including Black and Hispanic educators with new ideas for disrupting intergenerational opportunity gaps — can’t even get started because the door is closed to them.

This situation makes no sense. The very idea of capping educational opportunity is ridiculous. And at a time when parental demand for charter schools is surging and there’s an urgent need for high-quality public schools to help students recover from the pandemic, saying no to new charter schools is a sure way to deprive students of what they need.

The legislature has three options. The first and best is to remove the antiquated cap altogether. Charter schools should be allowed to grow to meet family demand. The second is to reallocate some of the unused available charters elsewhere in the state to New York City, a temporary solution. The third is to allow so-called “zombie charters,” which were once assigned to schools that are no longer open, to be re-issued to new schools. This stopgap would allow about 20 new schools to open.

Mayor Eric Adams — who has given hope to the city’s students after eight years of his predecessor’s hostility to educational common sense — has thrown his support behind this last option.

The worst option would be for the legislature and governor to capitulate to the unions and bureaucrats who oppose giving families more educational options, and leave thousands of children languishing in schools that don’t allow them to fulfill their potential. It’s rare for politicians to have so clear a choice between giving students more opportunity or less opportunity. This should be an easy call.

Nina Rees is the president and CEO of the National Alliance for Public Charter Schools. She wrote this for InsideSources.com.