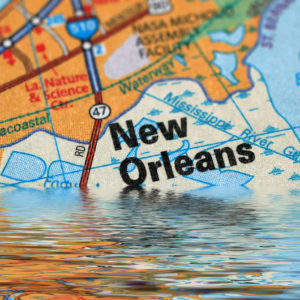 Because state and local level school choice policies have proliferated in Louisiana, some point to the state, and New Orleans in particular, as a case study in the effectiveness of empowering parents to choose educational options for their children. Despite a few caveats, early results from studies in the state have not delivered ideal news for school choice advocates.

A research brief issued in June by the RAND Corporation, a nonprofit research organization headquartered in Arlington Virginia, reiterated findings from a 2016 study that examined school choice policies enacted in New Orleans in the wake of Hurricane Katrina. The brief, “Does School Choice Mean Students Attend Better Schools?” focuses on the demographics of the students changing schools as a result of a choice-friendly environment in New Orleans.

The New Orleans’ school system, like much of the rest of the city, was in disarray in the wake of Hurricane Katrina. State officials took the unusual step of using its school turnaround powers to take direct control over many of the hardest hit schools in the city. The state-run “district,” called the Recovery School District, then operated in parallel with the Orleans Parish School Board, and the city’s vibrant charter school ecosystem.

Andrew McEachin, a policy researcher at RAND and a co-author of the study, said in an interview with InsideSources that “choice is complex.” While policy-makers may hope that students will flock to academically strong schools, McEachin said that there is growing evidence that some parents and students may choose schools for other reasons—such as extra-curricular offerings or a school’s social climate.

Furthermore, while New Orleans does offer more choice than most cities, McEachin said that the system does not represent “unconditional choice”—particularly for some disadvantaged communities. Transportation obstacles, for example, made it unlikely that working parents would be able to enroll in and shepherd their children to a school across town that might be a best fit academically. Parental access to information about the school systems was another problem cited by McEachin and his report. The researchers questioned whether government officials and community outreach organizations had done enough to successfully educate parents, especially at the program’s outset, about the options at their disposal.

On the other side of the equation, there were concerns that some of the better schools in the city were manipulating their enrollments in a bid to only accept the best students applying to their schools. Practices like these are a frequent concern for school choice opponents, many of whom argue that when given the option, schools will discriminate against students that are harder to educate—including poor, minority, special education, or disciplinarily challenged students. School choice opponents worry that the traditional public schools are then eventually left with only these more difficult cases, leading to poor learning conditions and greater societal inequities.

In the research brief, the RAND researchers highlighted possible policy changes that could improve school choice systems. These included ideas like ensuring better outreach to parents, strengthening open-enrollment policies, and giving preferential treatment to students enrolled in schools that get shut down. Notably, since the report’s 2007 to 2011 study period, New Orleans has implemented some of the changes McEachin and his colleagues have called for. Most significantly, the enrollment and application process has been significantly streamlined through the city’s ONEAPP which has standardized school applications and due dates.

The RAND study is not the only negative news for school choice backers coming out of the state. Last week, a University of Arkansas study looked at the first three years of a statewide voucher program underway in the Pelican state. The voucher program, which used public funds to pay the tuition of public school students transferring to private schools, found that the participating students did no better or worse overall than they were doing in their public schools. (The same researchers at University of Arkansas had published a similar study with similar findings last year that garnered national media attention. This study linked above is an update to that older study.)

In their efforts to rebut the University of Arkansas report, school choice advocates have countered mostly along two lines. Some have noted that the private schools participating in the voucher program were subject to tight regulations, which, along with small voucher-values, may have scared off some of the better-performing private schools from participating. (In fact, the University of Arkansas study did show that most participating private schools are low-cost, low-enrollment, Catholic schools with disproportionate numbers of minority students). Others have questioned whether it makes sense to draw grand conclusions about a school choice program’s effectiveness only a few years in. More time should be given to let students acclimatize to their new schools, they argue.

Nevertheless, despite these arguments, still other school choice proponents appear to be deemphasizing the argument that school choice improves academic outcomes for students. While discussions about a parent’s right to choose a school that is best for their child regardless of their economic means feels like a point worth examining, one would imagine that this would not be the school choice advocate’s first line of attack if the academic data coming out of places like Louisiana were more favorable.