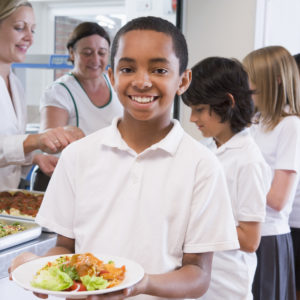 Over the last several years, Iowa school districts have struggled to tackle a slowly growing problem that is becoming an expensive line item impacting accounts, those items being student lunch debt.

School districts, last year, were mandated by the United States Department of Agriculture (USDA) Food Nutrition Services (FNS) to establish a policy addressing the way districts will handle students who have outstanding meal debt from either breakfast and/or lunch. The mandate was required to keep districts in compliance in order to receive reimbursement for free-or-reduced-lunch (FRL), and as a way for districts to publicly state how students and parents would be treated should meal debt continue to remain outstanding during multiple school years. Such policies illustrated school board opinions on whether to continue providing meals to students with debt, and at what debt limit meals would no longer be provided, as well as how the board should handle each situation by grade level. Under USDA FNS rule, students can be refused meals if a district states so in its policy.

Districts started making headlines as discussions by local boards began as setting a policy, but later revealed just how much money schools were owed for unpaid meals. Two districts had debt of over $35,000, Ankeny School District at nearly $40,000 in outstanding debt, and Ottumwa Schools at approximately $68,000. A formal record of every school district’s outstanding lunch debt is currently not in existence, said Iowa Department of Education (DOE) Communication Director Stacci Hupp, but the department is currently in a survey process to get the total amount in the state.

School districts across the country were required to comply with the USDA mandate, which led to investigative reports of students’ lunch trays being thrown away if they were in debt, students’ hands were stamped or given stickers, and names of students with outstanding debt were even posted in public.

All of these methods of “lunch shaming” would be illegal, thanks to a House approval and pending Senate vote on HF 2467. Under the legislation, school districts are greatly “encouraged” to continue offering alternative, non-reimbursable meals to students who have amassed meal debt. The bill’s sponsor in the House, Representative Kevin Koester (R-District 38), said that the initial draft of the bill required school districts to continue feeding students an alternative meal, but that due to some schools already being in high amounts of debt, mandating that they provide meals would only exacerbate the problem.

According to the DOE, in 2017, 41.3 percent of Iowa’s students are eligible for FRL benefits, approximately 198,885 students. While there are no records of the actual participation in the program in the state available, Koester said that those enrolled are “similar” to those eligible, and that the state “never hits 100 percent of the eligibility.”

In terms of actually addressing the student lunch debt itself, the bill gives districts the authority to establish a special account that can receive gifts and donations from the public, that can only be used towards paying down the debt. Some communities receive direct donations from the public that are stated to be used for paying meal debt, but establishing an account would allow community members to freely contribute. Local businesses, such as Fresh Thyme in Ames takes part in addressing meal debt by rounding up a customer’s purchase to the nearest dollar, using the rounding proceeds to go towards paying down the debt.

Koester said that there isn’t a sister bill working through the Senate, but that there is support to pass the House’s bill this session.