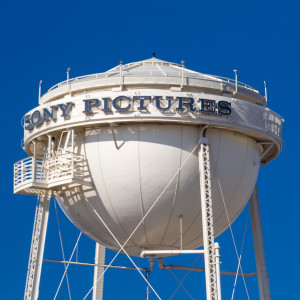 Markets Could Provide Solution to Water Rights in the American West

Last year, California began to pull out of a long drought. Even when the rains came, they emphasized how precarious much of the golden state’s growth really was. The state was not the only one to struggle with water use issues. Texas and Arizona also struggled with droughts that affected agriculture and other industries, and many observers are concerned that climate change will only exacerbate these problems in the future. In Washington, D.C., the R Street Institute and the Property and Environment Research Center (PERC) are exploring how markets could provide a water rights solution by encouraging water conservation and frugality.

“Prices serve as signals to users about the scarcity of a resource,” writes R Street Senior Fellow Josiah Neeley in a report released this week. “If water prices are kept artificially low—as they often are for a variety of reasons—people will act as if it is plentiful and will be less likely to conserve. By contrast, higher prices create incentives for individuals and businesses to find more efficient ways to meet their water needs.”

According to the report, a 10 percent increase in the price of water reduced agricultural water demand by five percent, with three to four percent decreases short term residential use. Meanwhile, long term residential use declined by six percent. This sort of reduction in water usage will be more and more necessary if global temperatures continue to rise, the report states, pointing to the recent California drought as a sign of what future weather could look like.

Right now, water rights in most states are based to some degree on historical use. Typical water rights allow the owner to divert a certain amount of water from a specific place for a particular use. Generally, states maintain a list of recognized “beneficial uses” of water, mandating that water rights be designated for one of these uses. Transferring water rights between citizens is a complicated process requiring the pre-approval of regulators who consider a range of potential impacts of the transfer, including how a water use change would affect the ability of other water rights holders to access water, the environmental impact of the transfer, and the economic effects the transfer might have on the surrounding community.

As a result, transfers of water rights are frequently time consuming, a reality that discourages frugality in water use. Under the current system, a farmer has the rights to a certain amount of water, regardless of whether he needs it or not. However, if he does not use all of the water he has rights to, his future water rights might be diminished.

“The prior appropriation system can also unintentionally undermine incentives to be frugal with water use, as many states currently incorporate a “use-it-or-lose-it” doctrine into their water rights,” writes Neeley.

Market based incentives would help to balance competing water needs, however, while at the same time encouraging efficient use of water resources. Regulatory changes including the elimination of restrictions on water use, allowing the collection, storage, and sale of rainwater, and the expedition of the review process for short-term water leasing would allow for more efficient use of this resource.

Although water rights have primarily been a concern for western and southwestern states so far, climate change means that water rights are an issue the entire country should look at, says Neeley.

“Rising temperatures are going to affect all parts of the United States, so it is a national issue. However, there are large differences between how the eastern and western parts of the country handle the legal rules regarding water,” he told InsideSources. “Eastern states tend to be a lot wetter than in the west and therefore have much looser rules around using water. Since the situation in a lot of the west is already dire, it’s more important to get things right there.”

The government cannot create more water, nor can it change the amount of natural rainfall states receive. Even so, responsible management of water rights can help to balance the needs of a variety of stakeholders, including between different types of agriculture. These changes are less likely to occur under the current system, though, since the water rights system allows large amounts of water to flow towards economically marginal uses.