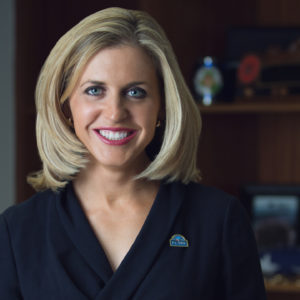 She moved to New Hampshire last year and almost immediately began campaigning for Congress. She previously considered running in Illinois and Virginia. She’s received more than a million dollars in out-of-state funding. And now Democrat Maura Sullivan may have achieved a new milestone:

According to the Laconia Daily Sun, “Sullivan has received a higher percentage of out-of-state individual contributions than any other major U.S. House candidate in the country this election cycle.”

“A total of $1.37 million, or 96.7 percent of her individual contributions, come from outside New Hampshire and $46,648, or 3.3 percent, are from in-state donors, the nonpartisan research group says on its OpenSecrets.org website,” the Daily Sun reports.

Sullivan, one of the 11 Democrats running to replace First District Congresswoman Carol Shea-Porter, has made no secret of her out-of-state support.  In February, Sullivan fended off accusations of carpetbagging by pointing to another Granite State Democrat, Sen. Maggie Hassan, saying “a good percentage of [her donations] were from out-of-state as well.”

But as the Daily Sun observes: “Still, 96.7 is an eye-popping statistic.”

The power of the purse has yet to show up in Sullivan’s polls, however. According to the UNH Granite State Poll only one in five (20%) residents have a favorable opinion of Sullivan, while 66 percent have never heard of her. In the August poll of the Saint Anselm College Survey Center by the New Hampshire Institute of Politics (NHIOP),  Sullivan fares better–43 percent approval–among likely primary voters. However, she still trails frontrunner (and lifelong New Hampshire resident) Chris Pappas at 54 percent approval.

Sullivan’s campaign argues that “the stakes are too high to not work hard to bring in every dollar she can to ensure that this seat doesn’t go to a far-right Trump ally,” as campaign manager Whitney Larson puts it. But do New Hampshire voters really want to wage that battle with a candidate who, as Republican congressional candidate Andy Sanborn points out, doesn’t meet the residency requirements to even serve in the state legislature?

Democratic primary voters will make that decision on September 11th.