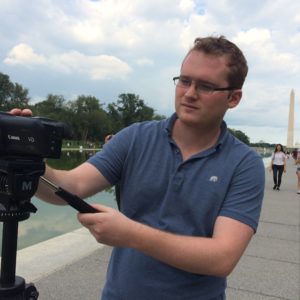 In Memory of Our Friend and Colleague

Our team at InsideSources was saddened and shocked this weekend by the passing of our dear friend and colleague, Leo Doran. All of us will miss the excitement and eagerness he brought to life each and every day. We all feel privileged by the opportunity to have gotten to know him and deeply aggrieved that he left this world too soon. 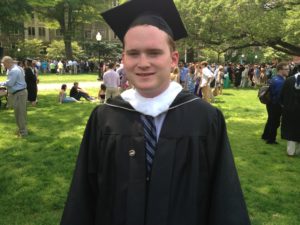 Leo Doran at his graduation from Georgetown University, May 2015.

Leo was a voracious reader, and he had an insatiable curiosity about politics and policy. Leo loved his work as a reporter at InsideSources, and he aspired to be a newspaper columnist.

Prior to joining InsideSources in January, Leo interned at Education Week. He was especially interested in education policy. As colleagues, we saw each day the enthusiasm that he had for writing about all aspects of education policy, from local to federal and from pre-K to higher education. He was quickly becoming a must-read reporter on the education beat. Leo published a number of stand-out feature articles during his time here, examining the challenges confronting military-connected students, reforms of Indiana’s juvenile justice system, and rise of college eSports. 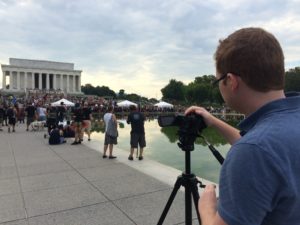 Working for a digital company can at times feel disconnected, but Leo helped to bring a sense of camaraderie to the writers at InsideSources and was always glad to meet for a happy hour.

Leo was just finding his place in the world. He will be sorely missed by his family, friends, colleagues past and present, as well as others who had the opportunity to get to know him during his time with us, which was cut far too short.