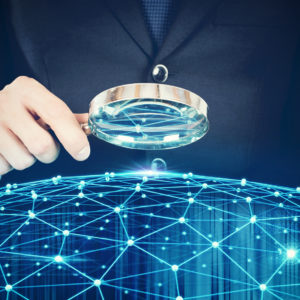 Are Microcredentials a Fad or the Future?

They haven’t gone mainstream yet, but some experts are convinced that digital microcredentials are poised for primetime. Sometimes called “digital badges,” a microcredential allows students or adult learners to acquire digital certificates when completing a class or mastering a skill to an employer’s satisfaction. The idea is that people will be able to carry around, or share, digital dashboards that include their academic achievements, professional training, and acquired talents in one virtual package.

Skeptics question how uniformity would be maintained. If Microsoft and the University of Washington are both able to issue a “computer programmer” certification to a student-intern, how is a future potential employer to easily determine which badge was harder to earn? Is there a risk for perverse incentives that would quickly lead to credential inflation? Who would regulate the platform on which people accumulate and share badges?

Connie Yowell is a former Department of Education employee who spent fifteen years leading the MacArthur Foundation’s educational initiative. Currently she is the CEO of Collective Shift, which has launched LRNG, a Chicago and San Francisco-based nonprofit venture that operates with the backing of the MacArthur Foundation and other donors. Yowell spoke with InsideSources by telephone to explain how microcredentials are being used to advance LRNG’s mission of building an ecosystem of learning opportunities that she hopes will bridge the equity gap for this generation of students.

Under Yowell’s leadership, LRNG has expanded to ten cities nationally, and is recruiting corporate, nonprofit, and public educational partners to build a series of learning pathways that young people can use to demonstrate educational attainment inside and outside of school. Though the project is still in “closed beta” and only involves 30,000 active student users, Yowell hopes to open the platform up publicly by the end of this year.

The purpose of LRNG is to create a digital program where employers and educators can create badges or credentials that students can earn by meeting certain criteria. The badges can then be combined into longer playlists or “experience pathways” that allow students to link together credentials to build longer-term opportunities. In some cases, completing a “playlist” may result in a job offer from a local employer. Yowell says the software is designed to be multi-faceted, meaning that there is support facing both students, and the credential creators (the employers and educators).

Ensuring that the badges students earn engender “trust and credibility” among new employers, who might be unfamiliar with the concept, is a major priority, said Yowell. Each badge that is approved for the LRNG platform must correspond with the open badges protocol created in conjunction with Mozilla. Each badge includes information about what a student did to earn it, and is subject to review and approval from Yowell’s staff. For a company to upload a badge on the LRNG platform, “the criteria has to be really clearly stipulated,” she said.

In theory, LRNG’s vetting procedure would make microcredentials even more transparent and informative than the existing ways students advertise their learning credentials, said Yowell. Rather than make decisions based on the reputation of a college or university a student has graduated from, digital badges would allow an employer to drill down on what a student has done to earn credentials—including in some cases by actually viewing the multimedia work they’ve created and uploaded.

Despite LRNG’s efforts to ensure accountability in their corner of the badging landscape, there are other groups emerging that are hoping to catch onto the trend. While Yowell said she welcomes a vibrant marketplace of microcredentialing platforms, she is somewhat worried that the emerging sector may not be uniformly emphasizing inter-operability. If the microcredential landscape were to become fractured, she worries that disadvantaged students on the wrong end of the equity gap could be hurt rather than helped.

The vision is for students to be able to earn badges and credentials that are portable from one platform to another. This would allow them to easily share information about themselves in granular detail—like a 21st century version of a paper resume. The new model would also theoretically give students credit for learning and skills acquired in non-traditional environments, like work-study, after-school activities, or self-directed pursuits.

The project is particularly promising for low-income and at-risk students, said Yowell, because it brings learning and credentials directly to them.

“It’s time for a collective shift in how we think about youth and inequality” she said.