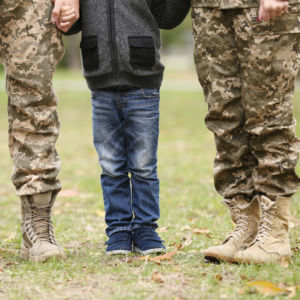 Parents and charter school advocates are pressing ahead with their plan to open a charter school on land currently owned by the military in Washington D.C.

The Joint Base Anacostia-Bolling (JBAB) is a combined Air Force and Navy base in DC’s Ward 8 on the south side of the Anacostia River. A panel of eight parents—four from the military and four from the local civilian community—issued a Request for Proposal earlier this month to attract a charter school operator to run a school on the base.

Children from military families face unique educational barriers. Military families move more frequently than average families, often across state or even national boundaries. Those moves can create a scramble to get a student enrolled in the right school and then forces the child to adjust quickly to new learning expectations.

For military children who live in or around JBAB, finding the right school has long been a challenge. The neighborhood’s traditional public schools have a poor track record of performance according to the charter’s proponents, and transportation to public charters in other parts of the city means prohibitively long daily bus rides for students.

In a bid to address the educational needs of military families, District officials approved legislation last year that would allow a charter at JBAB to hold up to 50 percent of its seats in reserve for students of those families. Traditionally, if a public charter school has more applicants than available seats, children are enrolled through a lottery system. The special dispensation would ensure that military families, who are outnumbered by civilian families in the area, would have a better shot of finding a space in the military charter for their kids.

Since the legislation passed, groups like Friends of Choice in Urban Schools (FOCUS), a D.C.-based charter advocacy nonprofit, have taken the lead in ensuring plans for the JBAB school move forward. Irene Holtzman is the executive director for FOCUS. She also sits on a technical advisory panel that selected and assists the eight-person Parent Operator Selection Team that will pick a charter operator to run the new public school.

According to Holtzman, the request for proposals issued by the parent selection panel is broad, “they are agnostic about process,” she said. Charter operators with a wide range of teaching philosophies and practices are eligible to apply—there is even the possibility that an organization could form from scratch and earn the panel’s endorsement.

Once selected, however, the charter manager will have to get approval from D.C.’s charter authorizers and work out a lease-deal for the seven acres of base property that the military has indicated it will set aside for the project. It seems likely that charter operators who have already been approved by D.C.’s charter authorizers would have a better chance of hitting the project’s target to open for the 2018-2019 school year.

Among the details that are still up in the air: the number of students the school will enroll and the grades it will serve. Holtzman said the decision-makers are entertaining interest from a variety of local and national charter programs, but also said that there is a particular need among JBAB families, and the Washington community in general, for elementary-aged charter school options.

The other main sticking point for the project is securing facilities for the school. The most likely solution, according to Holtzman, is that JBAB will cede some land to the school and move the base’s fence back, so community parents won’t have to go through security every time they drop their kids off or visit with teachers.

Holtzman also expects the eventual charter operator to have to pay for major construction to ensure a high quality school-building is in place. While D.C. does offer an allowance for charter facilities, she expects the final expense will require philanthropic support.

In addition to helping with facilities, the District will provide the school’s managers with somewhere between $9,000 and $10,000 per pupil per year, said Holtzman. The District also gives charters additional funds for students from a variety of specialized categories, including those with special needs, those from disadvantaged backgrounds, and those in high school, she said.

The District of Columbia JBAB plan would be only the most recent of other military charter schools. Andrew’s Air Force Base in Maryland and the Naval Station Great Lakes in Illinois are among the largest bases that have forged similar partnerships.

The parent selection panel will be accepting proposals from charter school operators until March 15th.