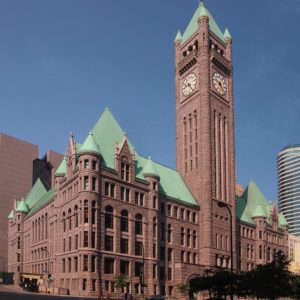 As Christmas approaches, environmental protesters trying to permanently halt the construction of the Dakota Access pipeline are continuing their “Month of #NoDAPL” campaign by going after the banks which are lending the hundreds of millions of dollars needed to finish construction. On Thursday, the protest gained a very large potential ally, when the Minneapolis City Council voted on a resolution to look into alternatives to doing business with any company connected to the fossil fuel industry — to include banks giving loans to energy companies.

A staff direction authored by Minneapolis City Council Members Alondra Cano and Cam Gordon asks the city’s finance staff to look into ways for the city “to divest and stop doing business with financial institutions that invest in the fossil fuel industry and in projects such as the Dakota Access Pipeline.” The Council voted to explore other options to meet the city’s banking needs, including having the city create its own municipal bank, using an alternate financial services provider, and opening accounts at a credit union.

Minnesota generates a vast majority of its electricity using coal and natural gas.

Currently, the city uses Wells Fargo to handle transactions like utility bill payments and large wire transfers. The bank also loaned the city money through bonds to renovate the Target Center and for a renovation of Nicollet Mall, a shopping and dining district in the heart of downtown.

For Cano, who describes herself as an environmentalist, the bank’s long relationship with the city is not guarantee of future partnership.

“As we look at the ways our city invests, we want to be careful about who we are partnering with and why,” Cano said.

The motion was seconded by Cam Gordon, a councilmember with ties to the state’s Green Party, and passed with unanimous support from the Council. Later in the day, a Wells Fargo spokesman described the long relationship between the company and Minneapolis, praising the bank’s experience and service record.

“We are very proud of our 131-year, long standing tradition of serving the Minneapolis community,” said John Hobot, a Wells Fargo spokesman. “Our highly experienced and proven government banking team remains dedicated to delivering outstanding service to the city of Minneapolis.”

Cano’s office has not responded to a request for comment.

Wells Fargo has already agreed to meet with representatives of the Standing Rock tribe before the end of the year to discuss their concerns with the bank’s loan. So far, no date has been announced for that meeting and protesters against Wells Fargo’s investment in the project continue. Wells Fargo is one of 17 banks being targeted for their business involvement in the DAPL project. The company has loaned $467 million to the pipeline’s parent and partner companies, Energy Transfer Partners and Sunoco.

Even before the Army Corps of Engineers announced it would reexamine the environmental impact of the pipeline project, Wells Fargo was already seeing lower than expected profits on its energy investments. In October, the bank reported lower earnings compared to the previous year, in part because the bank was putting aside money in case falling oil prices left the energy sector unable to make future payments on their loans.

On top off these financial woes, the bank has also lost customers, as supporters of the NoDAPL movement claim to have closed their accounts in protest. One site, Defund DAPL, is keeping a running total of the amount of money supporters have withdrawn from banks that provided loans for the pipeline. So far, the user-updated site claims that over $21 million in accounts have been closed since the third week of November.