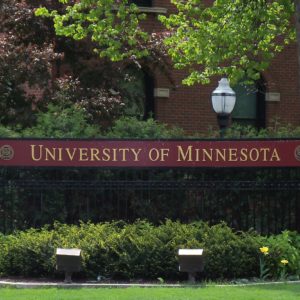 The University of Minnesota football team was poised to set a record on December 27, becoming the first team in more than fifty years to boycott a college football bowl game out of protest. Last week, the team went on strike out of concern that the university had mishandled sexual assault accusations against several team members. On Saturday, the team decided to break its boycott after the release of an 80-page report detailing the sexual assault allegations that led to the suspension of 10 players. The game may be back on, but the concerning questions about due process and sexual crimes on campuses remain largely unanswered.

The team began its boycott by skipping practices at the end of last week and issued a statement “to take back the reputation and integrity of our program and our brothers that have faced an unjust Title IX investigation without due process.” It ended two days later after the university released its investigation report and pledged that ten currently suspended players would receive a fair hearing.

The team was concerned that ten players faced suspension or expulsion from the university even though they had never had an opportunity to face their accuser in court.

The report detailed the results of an investigation by the university’s Equal Opportunity and Affirmative Action Office into the events of a party on September 2, 2016. A female student alleges that while at the party she was sexually assaulted and sexually harassed by “numerous students” while incapacitated due to alcohol. Although unable to remember the names or faces of all of the men present, she told police and the campus EOAA office that she believed “a total of ten to twenty men had sex with her.”

Through interviews and examination of Instagram and text messages, photos, and video from the students’ cell phones, as well as security camera footage, Minneapolis police determined that there was insufficient evidence of sexual assault. The school’s investigation largely paralleled that of law enforcement, but reached a different conclusion.

Still, the university itself lacked many of the investigative tools available to the police. In several places, the report references addition potentially relevant evidence that it was not able to examine. For example, one of the accused men videotaped the female student engaging in intercourse with him and another man. Minneapolis Police used the 90-second clip to determine that the sexual conduct “appears entirely consensual.” However, the university could not view the clip without the express consent of all involved students, which it was unable to receive.

The school’s decision to recommend that the players be punished comes in spite of the fact that none of the men have faced their accuser in court. In October, the Hennipen County attorney’s office declined to press charges, saying in a statement that there was “insufficient, admissible evidence for prosecutors to prove beyond a reasonable doubt [that an assault occurred.]”

While the attorney’s office must meet a “beyond a reasonable doubt” standard, the university can decide culpability on a much lower standard. And after a 2011 letter from the Department of Education, schools must investigate alleged sexual assaults on campus or risk losing their federal funding under Title IX. Critics of the new policy say that universities often lack proper training and procedures to carry out such investigations.

Andrew Miltenberg, a lawyer who has represented around 100 students accused in college sexual assault cases, says that the investigations themselves are often “terribly flawed.” For example, in the Minnesota case, the investigators spoke with the accuser and witnesses before speaking with the accused students, which he feared created a confirmation bias in the minds of investigators. Miltenberg also criticized the preponderance of evidence standard used by university investigations, which is much lower than the beyond a reasonable doubt standard.

“In these cases you’re starting with the presumption that it did happen and you have to prove that it didn’t happen,” he said.

Joe Cohn, legislative and policy director for the Foundation for Individual Rights in Education, agreed.

“A law enforcement agency’s decision not to bring charges against a student is not binding on an institution of higher education. But the public should ask questions of institutions that contradict law enforcement conclusions by imposing sanctions on students,” he says.

Cohn explains that the investigative tools available to a college or university are far more limited than those of law enforcement. For example, universities cannot subpoena testimony from witnesses, nor can an internal investigation place a witness under oath. While it may lack these tools, a university’s decision can have serious consequences.

Despite the lack of charges, in the Minnesota case, the players’ names and images have been released to the local media.

“The thing of it is, all these kids’ reputations are destroyed,” Minnesota senior quarterback Mitch Leidner told reporters. “Their names are destroyed. And it’s extremely difficult to get back, and it’s very unfair for them. That’s why we’re sticking together through this thing.”

While the suspensions remain in place while the school determines what punishment to give the players, the team considers its boycott to have been a success.

“It brought awareness to these guys’ case and how they weren’t given fair due process,” Nick Rallis, a senior linebacker, told a local radio station. “And President Kaler came out and said he will review how that is going to get handled in the future. To me, that is progress.”