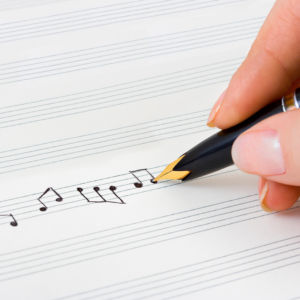 What’s Wrong With Music Education and Why It Matters

For years parents, students, and teachers have complained that the arts in general, and music education specifically, have suffered from a lack of attention and resources in public schools. Many have blamed changes in national education policy that some argue have put an undue emphasis on reading and math test scores. While standardized assessments certainly have taken on greater importance since the early 2000’s No Child Left Behind reforms, some music education professionals are willing to shoulder some of the blame for a curriculum that they say has struggled to adapt to the 20th century—let alone to the 21st.

Christopher Venesile trains K-12 music instructors at Kent State University and previously spent decades as a public school choral instructor. In an interview with InsideSources, Venesile explained that part of the problem for music education advocates when talking to policymakers is figuring out how to gesture at the intangible benefits their discipline can instill in students.

“How do you measure someone’s ability to feel fulfilled and have an outlet to express themselves musically?” asked Venesile.

Because of this communication challenge, Venesile has often found himself relying on studies that point to the auxiliary benefits of a robust musical education. He explained that a knowledge of music has been correlated to higher math scores, stronger attendance rates, higher grade point averages, and even better performance on reading tests, in some studies.

Despite these apparent benefits, Venesile points out that music is still treated like an elective in the vast majority of schools. He said that as many as 80 percent of secondary students in the United States get no music instruction. Tight budgets are mostly to blame, said Venesile, but he also acknowledges that his own field has struggled to keep up with the times.

“We’re still cranking out band directors and choral teachers… The last time band music was popular was from the 1870’s to 1890’s,” said Venesile.

Venesile’s point is not to say that more classical forms of music education should be banished from the curriculum, but rather that the field should expand to also make room for other specialties. He argued that outside of a few pioneering school districts, the current curriculum does not do enough to encourage improvisation, “vernacular” music forms (such as the blues, jazz, or rock and roll), or take significant advantage of technological advancements that have captivated a generation of electronic music enthusiasts.

Venesile is not the first music education professional to make this critique. In 1967, a conference of musicians, educators, and thought leaders convened in Tanglewood, Massachusetts for a major symposium on the direction of musical instruction. The ensuing platform, called the Tanglewood Declaration, remains a guiding if still unfulfilled vision for music instruction, said Venesile. The field’s failure to remain relevant to the everyday interests of a large percentage of students remains as large a concern now as it did 50 years ago, he said.

Another music education subject that could use some attention, said Venesile, is the over-emphasis on the top of the class. “I think that we’ve concentrated far too long on what we consider to be the ‘gifted’ students. We need to realize that everybody loves music. You never find anyone that says, ‘No, I don’t like music, I don’t listen to any.’”

By only focusing on the preternatural talents, Venesile worries that too many students feel unsure or lack the confidence to take advantage of what music can offer them. Music is inclusive, loved by all, and provides cognitive developmental benefits he argued. Why not introduce as many students as possible to the subject in an interesting and sustainable way?

For what it’s worth, humorous archival interview footage suggests that there is a new top executive in Washington who would agree with Venesile about music’s wide-ranging appeal, though some debate exists over whether that executive ever punched his music teacher in the face for not knowing enough about the subject.