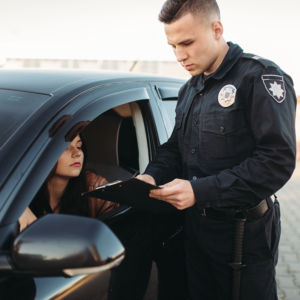 The Democrat-controlled House of Representatives voted overwhelmingly (204-137) to change state law and allow illegal immigrants to obtain New Hampshire drivers licenses.  Only five Democrats voted against the bill. The goal, according to one of the bill’s supporters, is to address the problem of illegal immigrants driving in New Hampshire without licenses or insurance.

“The best estimates are that we have about 15,000 undocumented immigrants in the state. And we’re a relatively rural state without a lot of public transportation. That means these people are going to be driving, whether we like it or not,” Rep. Casey Conley (D-Dover) of the N.H. House Transportation Committee told NHJournal.

“The way the law is right now, they can’t get drivers licenses, so they’re driving without them.  This way, they will take the same drivers test as the rest of us,” Rep. Conley said.

Under the new bill, “in lieu of producing a social security card or number, a resident may prove his or her identity and age to the director by producing reliable official documentation of 2 forms of identification,” and defines that “reliable documentation” as including:

Critics are not happy.

“Democrats in New Hampshire are totally out of touch with our state. HB397 would allow illegal immigrants to obtain a Drivers License using an expired alien registration card and a foreign passport in lieu of a social security card,” GOP House minority leader Dick Hinch (R-Merrimack) said in a statement.  “We should not be rewarding people in our state illegally while millions of people around the world are waiting to come lawfully. It’s unfair.

“The consequences of this bill could be serious. With New Hampshire’s current laws, allowing illegal immigrants to receive a valid Drivers’ License could make it easier for them to participate in several other things, like vote in our elections. If this bill becomes law, we may allow thousands of undocumented immigrants to take advantage of other rights and services that should be exclusive to lawful citizens.”

Conley argues that New Hampshire drivers licenses aren’t proof of citizenship and that there are other protections in place to prevent non-citizens from voting. He also notes that “it’s almost impossible to get car insurance without a drivers license, and if you get hit by someone who’s undocumented, your insurance pays. With licenses, these drivers can get insurance, too.”

But Rep. Steven Smith (R-Charlestown) tells NHJournal “we have no requirement that they get insurance, so that argument doesn’t apply.” He also objects to how the bill was handled by the Democratic majority.

“This bill was held back by the committee Chair until the very last day possible and then he had the committee vote on it just 5 days later (Wednesday to Monday). The only agency that weighed in was the NH Department of Safety who opposed the bill because it invites fraud,” Smith said.

According to Jessica Vaughan of the Center for Immigration Studies, “we know from the experience of other states that giving drivers licenses to illegal aliens will make New Hampshire a magnet for illegal settlement, attract fraudulent illegal applicants from other states, and make it easier for criminal drug traffickers to carry on their deadly business.

“Is there no one left who remembers that the 9/11 terrorists had more than 30 licenses between them, which they obtained thanks to lax state policies, and which they used to facilitate their horrific plot,” Vaughan asks.