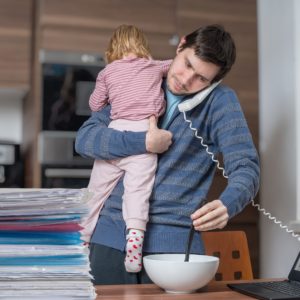 If you’re a working dad in the Granite State–you’re in the right place!

According to a new analysis from WalletHub.com, New Hampshire ranks #10 on the list of best states for working fathers.  The website compared the 50 U.S. states and the District of Columbia across 20 key indicators of friendliness toward working fathers. Among their findings: New Hampshire has the lowest percentage of kids who live in poverty (with a dad in the house) in the U.S. 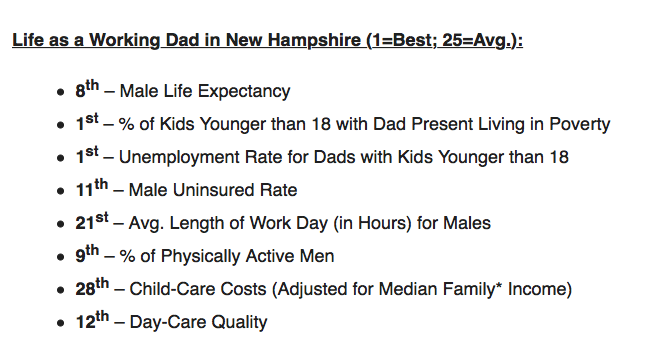 “Back in 1960, 75 percent of American families relied on a single income, that of the dad, who spent much of his week at work while mom stayed home with the kids,” according to WalletHub. “Today, two-thirds of family households depend on two incomes.”

“In fact, nearly 93 percent of dads with kids younger than 18 are employed, according to the Bureau of Labor Statistics”

These numbers reflect the broader trend of low unemployment in New Hampshire. The state’s 2.6 percent unemployment rate is tied for second-lowest in the U.S., and its median income–$70, 936–ranks seventh in the nation.

The net result could be good news for incumbent governor Chris Sununu, a Republican governor hoping to win re-election in a purple state.

Use the map below to see how N.H. compares with other states when it comes to working dads.