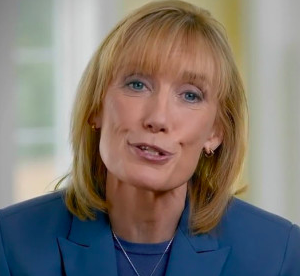 N.H. Ranks High on “Best Place To Rent” List. So Why Is Hassan Pushing Taxpayer Subsidies?

Why is Sen. Maggie Hassan leading the fight to make taxpayers subsidize high big-city rents? A new report from WalletHub.com on the “Best Places To Rent In America” makes her push even more puzzling.

The Rent Relief Act would use tax dollars to help pay rents for families earning up to $125,000 who pay more than 30 percent of their income on housing costs (including utilities). New Hampshire’s Sen. Hassan is one of the sponsors of the bill–along with far-Left progressive Kamala Harris of California and Sen. Richard Blumenthal of Connecticut.

What do California and Connecticut have in common? They both have have cities at the bottom of the list of “Best Places To Rent.”  Ten of the 20 “least affordable” cities for renting are in California, along with New Haven and Bridgeport, CT. (Boston’s in the bottom 20, too)

Meanwhile, Nashua, NH is ranked #12 on the overall “Best Places To Rent” list, and Manchester’s a respectable #34 out of 182. Their rankings on costs alone are a bit lower (#57 and #72) but they’re both more affordable than the national average. In other words, if Sen. Hassan gets her way, New Hampshire will be a net contributor to rent subsidies, and your money will go to places like California, Connecticut and Massachusetts.

Sen. Hassan claims her bill will benefit Granite State renters, but the math clearly indicates otherwise. And what will New Hampshire taxpayers be subsidizing?  Solar mandates on the liberal West Coast.

California has passed a solar panel mandate on new construction that is driving up housing costs and, with them, the costs of rent. “By the California Energy Commission’s own estimates, [the solar panel mandate] will increase the cost of the average new home by $10,500—in a state where the median home price already stands at roughly $529,460, according to the California Association of Realtors. The U.S. average, by comparison, is about $268,546,” Reason magazine reports.

Politicians who who push for taxpayer pork to take care of the folks back home is standard operating procedure.  Farm state senators love agri-subsidies and representatives of high-tax states want to keep the federal deduction for state and local taxes. But why is Sen. Hassan, representing a low-rent-cost state, pushing this taxpayer giveaway?