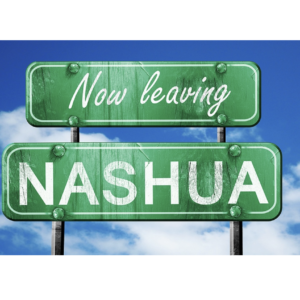 Nashua’s Board of Aldermen overwhelmingly rejected a proposed 9:30 pm curfew Tuesday night, delivering a setback to advocates of more strict lockdowns in the Gate City and embarrassing the city health officials who lobbied hard for the measure.

After weeks of debate in the media and hours of debate, the Board ultimately voted to kill the proposal 4 to 11.

Restaurant and hospitality workers lined up the night before to appear before the Aldermen, albeit remotely, to express their disapproval for the curfew.

Kurt Mathias from the Boston Billiard Club and Casino told NHJournal the Nashua health officials “absolutely did not” present data to back up their call for a curfew. “We’ve asked for the evidence that the curfew will work, and we haven’t seen it,” Mathias said. “When you point out that Massachusetts has had a curfew for five weeks and their cases are skyrocketing, they just say, “If Massachusetts didn’t have a curfew, it would be even worse.’ That’s their answer.”

“There is no data,” Mathias continued. “The only real result of this is businesses are going to close down, and people will lose their jobs.”

“Many people have no idea where they got sick,” said Angela Consentino, Nashua’s epidemiologist. “Any patron case at a workplace or restaurant or club is going to be underreported because the patron has to be aware of the exposure in order to identify if they were associated with the cluster. If the patron doesn’t know that there was an exposure at the facility, they can’t identify themselves as part of the outbreak when we do the investigation.”

Governor Chris Sununu also raised questions about t curfew, questioning its potential effectiveness. “We don’t have, nor have we provided, any data that restaurants are causing super spreading type events of COVID,” he said Tuesday.

“In terms of whether curfews work or not, I would say this anecdotally: I’ve talked to a lot of folks in Massachusetts where they’ve instituted a curfew. What we’re being told is that a lot of folks, instead of being in a restaurant in larger numbers….what’s happening is those individuals aren’t just going home and saying, ‘well, we’re not going to socialize.’ They’re going to someone’s house.”

Asked at Tuesday’s presser why he wasn’t supporting more statewide restrictions, including curfews, Sununu pushed back on the premise. “If your argument is that states with more restrictions have lower COVID, that’s absolutely not true. Look at California: Their numbers were up 30 percent last week and they have the most restrictive policies in the country.”

Nashua, the first city in the State to impose a mask mandate, but then killed the proposal to impose a curfew on the city’s businesses.