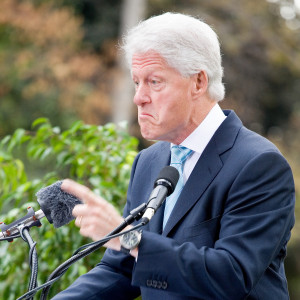 Guess who’s (not) coming to dinner.

Less than a week after the arrest of the state’s top senate Democrat for domestic violence charges, the New Hampshire Democratic Party announced today they are changing the name of their annual fundraising dinner from the Kennedy-Clinton Dinner to the Eleanor Roosevelt Dinner.

“The Eleanor Roosevelt Dinner is particularly fitting given our party’s steadfast commitment to electing Democratic women,” the party’s state chair Ray Buckley said in a statement.  “This event will help support and elect Democrats up and down the ballot who share the same values of social and economic justice as Eleanor Roosevelt.”

It will be the third name change for the Democrats’ annual dinner since 2016.

For decades the Democrats’ annual fundraiser was the Jefferson/Jackson Dinner, named after two towering figures from American history, Presidents Thomas Jefferson and Andrew Jackson, widely viewed as the founders of the modern Democratic Party. 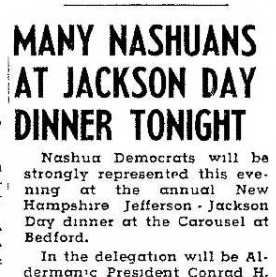 From the Nashua Telegraph in 1950

However, in response to their treatment of black Americans–treatment that was commonplace at the time but violates contemporary sensibilities– New Hampshire Democrats followed the example of states like Iowa and South Carolina. In September 2016, they dumped Jefferson and Jackson in favor of those paragons of political virtue, Presidents John F. Kennedy and Bill Clinton. 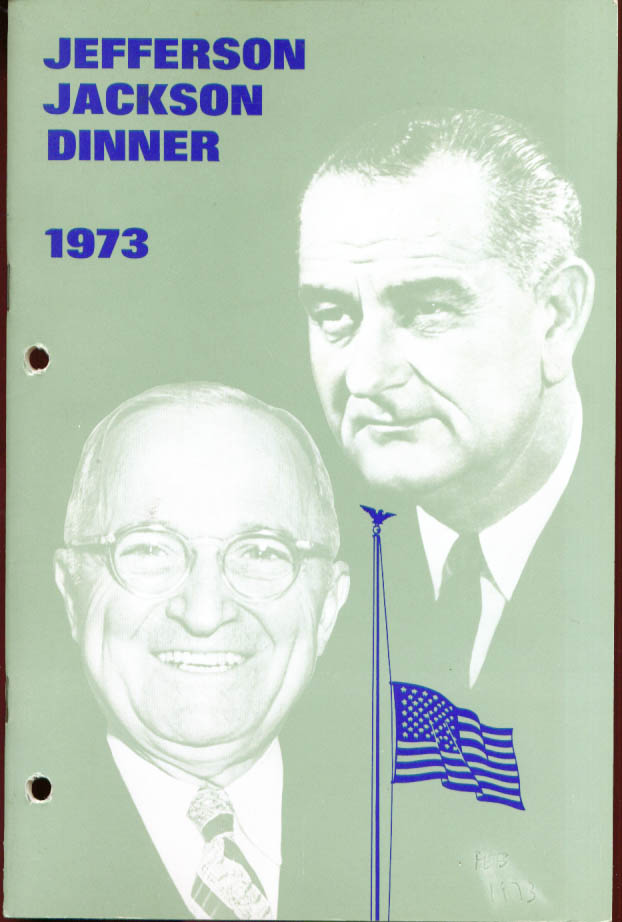 That lasted less than two years.

Last December, Democratic party activists–mostly women– were agitating to change the name of the fundraiser yet again.  According to the Concord Monitor, a group of activists shouted “Can we change the name?” during a party meeting.

The party chose to keep the Kennedy/Clinton names at the time, but in the wake of the arrest of former Senate Democratic Leader Jeff Woodburn–and the revelations of mistreatment of women by high-profile liberals like Sen. Al Franken, former NY Attorney General Eric Schneiderman, major-money Democratic donor Harvey Weinstein and PBS’s Charlie Rose– the party decided the Kennedy/Clinton legacies were too much.

According to reporting by WMUR, Democratic party chair Buckley insists there “is no particular impetus” for making the name change.

The party’s executive committee decided “a month or so ago” to send to the full state committee membership a question of whether they wanted to change the name, and giving members four choices:  the “Victory Dinner,” the “Unity Dinner,” the “Democracy for All” dinner and the “Eleanor Roosevelt Dinner.”