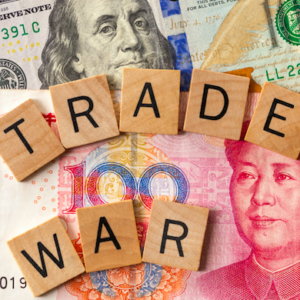 New Hampshire Has Nothing To Fear From Trump’s Trade War

Is there a trade war on the way?  Or is these announced sanctions, as President Trump’s new top economic advisor Larry Kudlow says, merely “first proposals” in a broader trade negotiation?

Either way, New Hampshire should be OK.  Why? Because the good news (and bad) for New Hampshire business is that foreign trade is just 18 percent of the state’s economic activity. So even if the US and China are serious about the tit-for-tat sanctions currently under discussion, the impact on the Granite State should be relatively small.

According to data from the US Census Bureau, New Hampshire exported a total of $5.1 billion worth of goods in 2017, accounting for just 0.3 percent of all US exports. As the New Hampshire Employment Security, Economic and Labor Market Information Bureau put it, “the total value of exports from New Hampshire is relatively small, ranking 43rd when compared to the other states and the District of Columbia.”

And if a China/US trade war should ignite, New Hampshire will benefit from the fact that its largest export recipients are in North America, not Asia. Canada and Mexico are the top of the list of nations receiving New Hampshire exports. In fact, when it comes to goods (as opposed to services), New Hampshire exports more to the United Arab Emirates than to China.

If these numbers seem surprisingly low, it’s probably because—like most Americans—you overestimate the role of trade in the overall economy.  While the US exported a robust $1.454 trillion worth of goods and services in 2016, the nation’s GDP that year was $18.6 trillion. That’s more than a drop in the bucket, but it’s still a modest-sized bucket.

The states that rely most on foreign trade tend to be in the South, states like South Carolina, Louisiana and Tennessee. What do they have in common? Agriculture and relatively low-skill manufacturing. New Hampshire ranks 48th in the dollar value of agricultural output by state. Granite State manufacturing is more high skill and tech related.

If New Hampshire’s political and economic leaders really want to impact the state’s manufacturing sector, their priority wouldn’t be exports abroad. It would be lowering energy costs here at home.