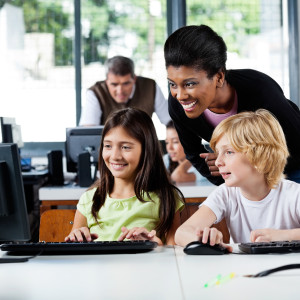 A new study of charter schools released Monday finds teachers who ply their trade in schools that are part of charter management organizations (CMOs) are more effective than their counterparts in both traditional public schools and stand-alone charter schools.

The study by the Thomas Fordham Institute used data collected by the Pennsylvania Department of Education between 2007 and 2017. The data show that teachers in CMOs improve more quickly than they do in both traditional public schools and individual charters.

“Although such estimates cannot capture other valuable aspects of teaching practice and behaviors, research shows that (in addition to learning more math and English language arts) students assigned to teachers with higher value-added scores are more likely to go to college and earn higher salaries later in life,” they said.

One reason for the difference in performance? A key feature of the charter school model is greater autonomy around human-capital policies than traditional public schools, the authors note.

Teacher mobility also figures prominently into the conclusions drawn from the research, a significant issue given current turnover rates. Each year, American schools hire 200,000 new teachers, the authors note. “And because turnover rates have increased, 38 percent of K-12 teachers in the U.S. now have less than ten years of experience.”

Unsurprisingly, mobile teachers tend to be less effective than those who stay in the same classroom for a longer period of time.

Why did the researchers choose to study education in Pennsylvania as opposed to another state? The commonwealth is identified as “an ideal setting for investigating teacher effectiveness and mobility across the charter and traditional sectors,” for two reasons. One is the growth of charters in Pennsylvania over the last decade reflecting national trends. Another is the commonwealth includes a “robust and growing supply for both CMOs and stand-alone charter schools.

“Pennsylvania’s CMOs are succeeding with a fundamentally different approach to human capital than the state’s traditional public schools — an approach that relies heavily on recruitment, development and promotion to drive improvements in student-achievement outcomes,” Steinberg and Yang conclude. “Greater attention (should) be paid to the human-capital policies and practices implemented by charter schools in general and CMOs in particular.”

Kevin Mooney is an investigative reporter for the Commonwealth Foundation, Pennsylvania’s free-market think tank. He wrote this for InsideSources.

When the Weight of History Is Out of Balance Read More