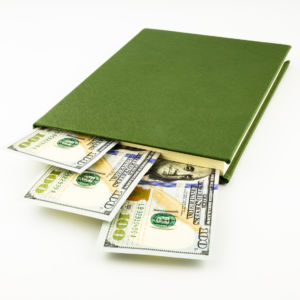 New York Has Nation’s Highest Per Pupil Expenditure; But Is it Enough?

Of the 50 states in the union, New York State has the highest rate of yearly per pupil expenditure for students enrolled in its public education system. During the 2014-2015 school year, for example, the state spent $59 billion on 2.6 million students, according to Census Bureau statistics, for an average of $21,206 per public school student per year. The national average is $11,392.

But despite the relatively large investment the state makes in its students, some education advocates still think it’s not enough. Michael Rebell, the co-counsel for New Yorkers for Students’ Educational Rights and a professor at the Teacher’s College at Columbia University, has been fighting legal battles with the state for years in a bid to get officials to step up their education funding commitments. In an interview with InsideSources, Rebell said “legally its meaningless” that the state spends the most per pupil on education. What does matter, he argued, is that in the wake of the recession, the state has fallen behind the commitments it laid out for itself when it comes to educational funding.

In particular, Rebell is referring to a 2006 lawsuit he won as the leader of the Campaign for Fiscal Equity. That lawsuit found that the state was not meeting the state constitution’s requirement for providing all children a “sound basic education.” Under that decision, the state was obligated to ramp up spending by $9 billion over the course of four years—a plan that was derailed two years later with the unexpected financial crash. Today, Rebell and his new group are looking for the state to increase spending by about $3.5 billion.

On the other hand, according to the Empire Center, a nonpartisan group committed to free market-oriented public policy solutions, higher education funding in the state has not correlated with comparably high educational outcomes. In a new research brief, the group highlighted an EdWeek analysis that gave the state system a C-, and National Assessment of Educational Progress findings that put the state’s performance on reading and math tests close to the national average.

The Empire Center’s brief notes that a major factor in the state’s high per pupil expenditure is tied to relatively high compensation for teachers. “New York’s exceptionally high school spending is driven mainly by instructional salaries and benefits—which, at $14,769 per pupil, were 114 percent above the national average of $6,903 in 2014-15. New York’s per-pupil spending in this category—which measures total compensation only for staff interacting directly with pupils in the classroom, including teachers and teacher aides—was greater than the total PreK-12 spending of 42 other states,” said the report.

When asked about those numbers, Rebell had a few responses. For one, he noted that New York City’s schools, which enroll over 1 million students, necessarily have to pay their teachers more to accommodate the high living expenses that come with residing in the city. The school system also has to compete with a vibrant job market that draws talented college graduates into sectors like financial services. Furthermore, at the time of the 2006 lawsuit, Rebell said that about 17 percent of teachers in the state were uncertified—now that number is down to under one percent, which he considers to be a major victory.

The real reasons why the state needs to be spending more, said Rebell, is the state’s failure to provide the high numbers of low-income or minority students with the auxiliary educational services they are entitled to. As of now, “some kids get services some of the time in some of the schools,” he said. In addition to lowering classroom sizes and boosting special education offerings, the state also has work to do in replacing outdated textbooks and classroom technology in many areas.

Rebell also said that the state could be doing more to provide services more efficiently to students, though he was critical of Democratic Gov. Mario Cuomo’s efforts in the area. For example, Rebell said that he has offered to work with the state to lower special education costs by $2 billion, but said he has received no interest from the governor’s office. Rebell said that he doesn’t care if the state works to provide services more efficiently, or if they simply ramp up spending to be in compliance with their obligations, as long as they are providing every student in the state an opportunity to meet state standards.

From the national perspective, there is a clear regional dynamic at play when it comes to per pupil expenditures in schools. Of the top five states that spend the most per student, four are in the northeast, including Connecticut, Vermont, and New Jersey, in addition to New York (Alaska is ranked second). Meanwhile, the bottom five states by per pupil expenditure are mostly rural Southern and Western states. These include Mississippi, Arizona, Idaho, and Utah, the last of which spends the least per student, at only $6,575 per year.