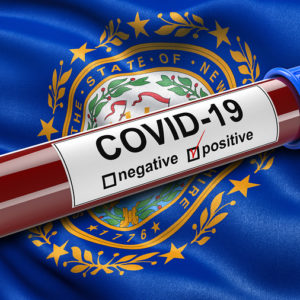 The number of New Hampshire COVID-19 positive tests is rising amid a fall surge, it’s true. But despite headlines declaring daily positive tests setting state records, only a fraction of Granite Staters are being hospitalized or dying due to the coronavirus. The impact of COVID-19 today stands in stark contrast to its impact during the spring surge earlier in the year.

However, during that same 10-day period, there were just six coronavirus deaths — a fatality rate of 0.32 percent.

Compare that to the first ten days in May when, yes, there were fewer positive tests — 955 — but there were also far fewer tests. More importantly, there were 61 deaths, for a fatality rate of 6.4 percent. That’s literally 20 times higher than the death rate today.

It’s also true the seven-day average positive test rate has doubled in just a few weeks, but that’s because the rate fell so low over the summer. It just recently broke 2 percent.

There is no doubt that COVID-19 is spreading across New Hampshire faster than it did this summer, when numbers plunged to almost non-existent. But more people testing positive isn’t a health crisis. Sick and dying people are. And fortunately, New Hampshire has very few of those.

As long as the deaths remain nearly entirely among long-term care facility populations — who are already isolated — pushing for more restrictions or yet another lockdown simply isn’t supported by the numbers in New Hampshire.

One number that hasn’t changed: The number of Granite Staters under the age of 60 without any comorbidities who’ve died from COVID-19. That number is still zero.