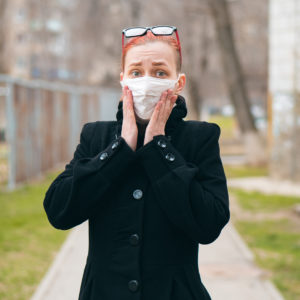 Under new legislation passed by the New Hampshire state Senate, simply saying you’re afraid of catching COVID-19 would be enough to access unemployment benefits, even after the state of emergency ends. It’s a proposal straight out of state Sen Dan Feltes’ gubernatorial campaign.

With Granite State unemployment around 14.5 percent and the state already paying out more than $714 million in unemployment benefits,  this is a significant fiscal challenge. Federal money is covering most of the costs, but that won’t last forever. The federal $600 a week unemployment bonus is scheduled to end in late July.

While two Democrats joined Republicans in preventing the state’s own temporary $100 per week COVID-19 bonus from becoming permanent, the rest of the Senate Democrats’ legislation passed. Much of it makes temporary changes in unemployment rules permanent, like the repeal of a state requirement that people who are unemployed wait a week before collecting jobless benefits.

“But the amendment even went beyond that,” David Juvet, BIA senior vice president of public policy, told NHJournal. “It allows individuals to be eligible for unemployment if they felt they have a reasonable risk of contracting COVID-19 at the workplace. And they can make this claim even if the employer is doing everything required in terms of the CDC and state health guidelines.”

The amendment reads: “Individuals impacted by COVID-19 shall not be disqualified for benefits if… an individual is quarantined by a medical professional or under government direction, or leaves employment due to a reasonable risk of exposure or infection, including self-quarantine.” [emphasis added].

“If an employee says ‘I have a fear,’ they’re qualified for unemployment. That’s essentially a gift,” Juvet said.

This legislation echoes a proposal from Senate Majority Leader Dan Feltes’ campaign for governor: “If workers feel at-risk returning to work… they should continue to receive unemployment insurance benefits under expanded COVID-19 eligibility, ongoing health insurance, as well as any other employer-provided benefits.”

What is a “reasonable” fear? What can an employer who’s already complying with CDC guidelines do to make that fear go away? Who decides if the workplace is safe? These are all questions that lawyers love and employers who have to pay unemployment insurance hate.

According to Deputy Employment Security Commissioner Richard Lavers, even without any increased costs from legislation like this, the unemployment insurance tax is expected to rise from its current base rate of 1.7 percent of payroll to 2.7 percent next quarter and 3.7 percent in the fourth quarter. And this is on top of the new business taxes all but certain to be triggered by state revenue shortfalls, triggers Democrats refused to repeal.

“The unemployment insurance bill passed by the State Senate today that increases business costs, coupled with the Legislature’s unwillingness to vote on the business tax trigger increases during this incredibly challenging time for small businesses throughout the Granite State is a real disappointment,” Bruce Berke, of the National Federation of Independent Businesses, told NHJournal.

“We all want to get back to work but increasing business costs and taxes are two significant impediments to accomplishing that goal.”