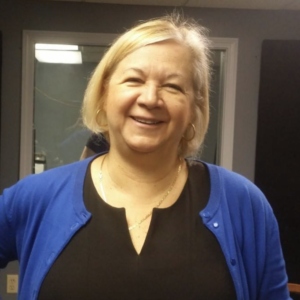 Eva Castillo, an immigrant from Venezuela who leads the New Hampshire Alliance for Immigrants and Refugees, made the comments in an interview on WBUR last week.

“I think the [Democratic] Party itself did not do a good job reaching out to Latinos,” Castillo said. “And my fellow Venezuelans are so terrified of socialism, and the Vietnamese community here [as well], all voted for Trump because of socialism. Everybody that has lived in that type of regime reacted viscerally against it,” Castillo said.

“And also a lot of immigrants, refugees, Africans that are religious, they believe that Democrats promote abortion. I tried to explain to them, you know, they [Democrats] just leave it up to people’s individual conscience, they are not promoting abortion. But they were brainwashed in that sense.”

Castillo has long complained that the Democratic Party has taken Hispanic voters for granted. At the same time, she has supported far-Left candidates like Julian Castro who represent a political model she now says immigrants reject.

In an interview with NHJournal, Castillo acknowledged she supports policies backed by socialist U.S. Senator Bernie Sanders and others such as Medicare For All and big government entitlements. But, she insists, that’s not the same thing as supporting socialism.

“There’s socialism, and then there’s Socialism,” Castillo said. “I’m at events and hear people saying ‘Oh you’re from Venezuela, support the Revolution!’ I tell them ‘go live there for two weeks, then tell me if you like it.”

As for immigrants casting votes on the abortion issue, some found her description of them insulting.

“We immigrants are not brainwashed, she is,” said Chau Kelley, an activist in the local Vietnamese community. “She’s brainwashed into thinking that just because people are immigrants they are supposed to vote Democrat, because Democrats want to give us things.

Samuel Bahuma, an immigrant from the Republic of Congo, told NHJournal he also objected to Castillo’s description of Trump supporters like himself as “brainwashed.”

New Hampshire has virtually no legal restrictions on abortion, up to the moment of birth. And Granite State Democrats campaigned hard on the choice issue in November’s election, supporting taxpayer-funded abortions and attacking Gov. Chris Sununu for once voting against public funds for Planned Parenthood (he has since changed his position).

Democrats went so far as to insist that pro-life nonprofits who qualified for COVID-19 relief should be denied emergency funding by the Sununu administration over their views on abortion.

According to Bahuma, who ran for a Concord state rep seat as a Republican, these policies are why many immigrants of faith have embraced the GOP. No “brainwashing” required. He insists immigrants fully understand the positions of the two parties. “It kind of offensive,” Bahuma said of Castillo’s description of his community.

Castillo told NHJournal she stands by her description of these faith voters as “brainwashed,” and she expanded on her critique.

“All the stuff these immigrants are saying about ‘it’s our faith’ is so ridiculous,” Castillo said, arguing that immigrants who voted for Trump were voting against their interests.

“Look at what he said about Mexicans, look at how he’s using [immigration enforcement] to terrorize people, look at what he’s done. And they vote for him because of abortion?” Castillo said. “That is big B.S.”

Kelley, who is president of Vietnamese-Americans for Trump, points out that Christians in Vietnam have been persecuted, too. “If the 95 million people in Vietnam could vote, they would vote for Trump, too. Communism and socialism are no good anywhere in the world.”

Castillo is certainly correct that President Trump’s support was strong among immigrants from countries governed by socialist governments. While polling in 2020 has been unreliable, results in Hispanic voting precincts from Florida to Philadelphia to the Texas border show the GOP had the support of around half of non-Puerto Rican Hispanic voters.

That’s higher than any GOP presidential candidate in the modern era.

And (with the caveat that polling data is suspect), surveys appear to show Trump’s support among Vietnamese and Indian Americans was higher in 2020 than four years ago.

Bahuma lays out a litany of issues that, he says, resonated with voters in his community. And most important among them was jobs. “I supported Obama. I thought it would be history to have a Black president, so I was behind Obama. And he was a good president.”

But, Bahuma said, there was a strong sense of disappointment in the performance of the economy in the Obama years. “Then Trump came, and we started to see an increase in jobs, good-paying jobs, and the people felt like we could start to breathe again.”

Castillo, who openly admits she “approaches people who look Latino” when she’s canvassing for Democratic votes, didn’t limit her criticisms to GOP-voting immigrants. She also told WBUR she fears that Trump supporters are violent and may take to the streets over the results of the election.

“I’m really afraid of violence,” Castillo said. “I am afraid that this army of people that [Trump] has been preparing for chaos on top of the concealed messages that they’re being sent, that really scares me.”

Castillo made her comments about the 2020 election during a roundtable with (soon-to-be-former) state Sen. Melanie Levesque (D-Brookline) and Democratic activist Al Cantor of Concord.

Asked by NHJournal if she regretted calling these pro-life immigrants “brainwashed,” Castillo said “maybe I used the wrong word,” before retracting her semi-apology.

“These people are pro-fetus, they are not pro-life. They are being brainwashed by their churches or religion or whatever. They don’t understand what they’re doing.”