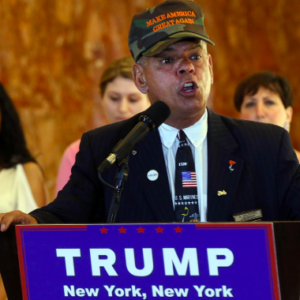 NHGOP Race for Speakership Is Underway

Republican lawmakers will caucus to select their pick for Speaker to succeed the late Dick Hinch (R-Merrimack) on Friday, sources tell NHJournal. This time they will meet virtually, via Zoom.

Sherm Packard (R-Londonderry), a long-time friend of Speaker Hinch and an even longer-tenured Representative, is entering his thirty-first year in the House and running to “carry on [Hinch’s] legacy, to carry out his agenda.”

He’ll be challenged by Al Baldasaro (R-Londonderry), and Tim Lang (R-Sanbornton) as of this publication. Candidates must self-nominate by Wednesday.

“I’m running to be the permanent Speaker for the next two years,” Packard tells NHJournal. He ran for Speaker in the ’09-’10 biennium, a year when Republicans fell to the minority after President Obama’s first election. Since then, he has served as Deputy Republican Leader, Deputy Speaker of the House, and in other leadership positions. Hinch named Packard his Deputy Speaker for this term just a week before the Speaker’s untimely passing.

“[Hinch] was the prime sponsor on those,” Packard tells NHJournal, noting that “it’s a little unusual for a Speaker, but he felt strongly about those issues.”

“With his passing, I took them over. He was like a brother to me.” Packard recalls the as the Chair of the Transportation Committee, Hinch – then a freshman Representative – served under him during his first years, which then blossomed into a lifetime friendship and close working relationship. “I miss him tremendously.”

Al Baldasaro (R-Londonderry) briefly entered the race just after the election but dropped out ultimately in support of Dick Hinch.

Baldasaro says he’s “tired of seeing Republicans being stepped on, and the Constitution being pushed aside along with the platform. I’m just trying to break it down to members and let them know the difference between me and who is running.”

“I won’t take a backseat to nobody,” he says. “I’ll fight. The Speaker has gotta be somebody to tell the Governor to go pound sand, and say Governor… you run the executive branch and we’ll run the legislative branch.

“We can work together,” he says of the Governor’s office interacting with the legislature. “But right now, you’ve got the Governor playing behind the scenes with different reps, making deals.”

Baldasaro, a retired Marine, says he has a lot of experience in human resources and recruiting for a staffing company as a headhunter. “My background is people,” he tells NHJournal, “but I’m not scared to hold somebody accountable for their actions.”

Tim Lang, a Sanbornton Republican in his third term, thinks he’s the best man for the job.

“One of the biggest things going forward is having a reasonable Republican message that deals with the reality of COVID,” Lang told NHJournal.

“That includes the economic, the mental health, and medical aspect of the pandemic,” Lang says. “We need to have a good response and move the House forward.”

“Partisan politics will do nothing but further divide the state and make legislating much more difficult,” Lang says.

Whether the GOP caucus emerges from the race united remains to be seen, but the indications from the days following Hinch’s passing don’t bode well. With the slimmest majority in recent history, GOP unity will be crucial to passing their key priorities: tax cuts, right-to-work legislation, and expanded education opportunity bills. With a larger majority in the ’17-’18 session much of their work was stymied by division in the ranks and attendance problems, a session no GOP rep. is looking to repeat.

The disunity was stifled by Speaker Hinch, a great uniter, but the glue holding the GOP family together started to melt after his passing. Immediately following an autopsy showing Hinch passed of COVID, Rep. Marsh, an ophthalmologist in the lakes region, tweeted that the mask-less faction of the GOP had killed Hinch. He cited a “toxic peer-pressure” environment that led to Hinch not wearing masks or taking proper precautions. In addition to that, the Governor took those same mask-less members to task, calling them “children” who need to stop flouting public health guidance just for the sake of it.

The next Speaker, be it Packard, Baldasaro, or Lang, will need to reunite the caucus and patch up unexpected self-inflicted wounds before getting down to the business of the House.