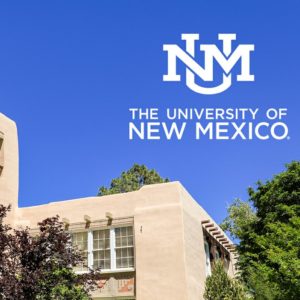 Gov. Michelle Lujan Grisham’s proposal to provide free college for in-state undergraduate and community college students has met opposition on several fronts, including from those who don’t think individuals that are eligible actually want a higher education and state funds could be put to better use.

The “New Mexico Opportunity Scholarship” would use the state general fund to cover costs not covered by federal scholarships. The plan would require legislative approval and is estimated to cost between $25 million and $35 million annually to offset tuition and fees at the state’s public colleges and universities, according to the governor’s office.

“This program is an absolute game-changer for New Mexico,” Lujan Grisham said recently at the 2019 New Mexico Higher Education Summit. “Higher education in this state, a victim of the recession, has been starved in recent years.

“By covering the last dollar of tuition and fees, by making college significantly more accessible to New Mexicans of every income, of every background, of every age, we are putting students first,” the governor said. “We are creating meaningful opportunity for all.”

Currently, New Mexico students have to pay between 25 and 40 percent of their tuition. The governor’s plan would also cover all students regardless of family income and even be open to undocumented immigrants. Continuing education programs for older students would be covered, but not for graduate studies.

Because of the oil production boom, the state’s general fund revenues during the coming fiscal year are forecast to exceed annual spending commitments of $7 billion by about $900 million.

But state economists say the general fund is susceptible to slumps in the oil and natural gas industries. The Permian Basin — which straddles parts of southeastern New Mexico and West Texas — currently provides huge amounts of oil and gas.

Students with a high school or equivalency diploma who meet a minimum grade point average would be eligible. An estimated 55,000 students would benefit.

New Mexico Republican Party Chairman Steve Pearce said the governor’s proposal “would look good on a bumper sticker,” but would have little benefit for the majority of people, who actually don’t want to go to college. He also said that the math doesn’t add up to “free college.”

“You tell people you’re going to give them free college,” Pearce told InsideSources. “Let’s say [the program] costs $35 million — she also says it would cover about 55,000 students.

Pearce also noted that the state is lacking in blue-collar workers — and that’s where the emphasis should be.

“What we really need to be doing is giving kids apprenticeship programs for blue-collar jobs, that’s where most of the jobs are in New Mexico,” he said. “There’s a desperate need for blue-collar workers all across the state and so instead of this they should be giving state-wide apprenticeship programs for kids that are not going to go to college.”

“Fully 50 to 60 percent aren’t going to go to college — they say so. So to just give this wide-blanket thing shows they are out of touch.”

Pearce also noted that a small percentage of those who go to college actually finish.

“Blue-collar jobs are everywhere right now. In every town that I travel to, the employers cannot find enough employees,” Pearce said. “They need people who will come to work… and they say ‘we’ll train them, if they need English or reading or math we’ll do that.’”

Paul Gessing, president of the Rio Grande Foundation, a free-market think tank, wonders what the state is currently “gaining from the dollars we spend on higher education already.”

“New Mexico lags badly behind all of its neighbors in the West and generally speaking is one of the poorest and most challenged states in the entire country,” Gessing told InsideSources. “There is very little evidence to show that higher education — spending more money on it — really helps the overall economy of the state.

“I don’t think the 25 to 35 million dollar price that she [Lujan Grisham] is looking at holds water,” he said. “We haven’t seen any detailed analysis of how they came to that number and how they justified that low number.”