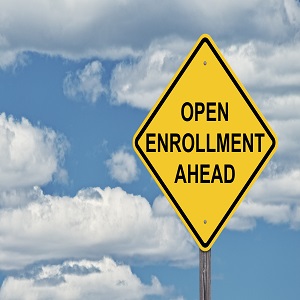 Open Enrollment Begins Tomorrow. Here Are Some Notes for the Granite State.

New Hampshire’s health insurance marketplace is under the public’s eye in anticipation of the upcoming open enrollment period for the Affordable Care Act (ACA), also known as Obamacare.

Ahead of the enrollment period this week, the state’s insurance department is warning Granite Staters of steep rate increases for 2018.

New Hampshire Insurance Commissioner Roger Sevigny issued a press release on Oct. 26 which stated 24,000 residents who do not currently receive a federal subsidy or buy their health insurance on Healthcare.gov face a rate increase of 52 percent next year. Sevigny attributed the potential rate hikes to “rising medical and pharmaceutical costs, instability in Washington, and the federal government’s decision to eliminate key funding to insurance companies.”

Sevigny did say the 29,000 residents who receive federal subsidies will not face premium rate hikes.

New Hampshire’s experience in implementing and navigating various aspects of the health insurance marketplace has been mixed in recent years and faces an uncertain future depending on what changes are made to the ACA.

Approximately 94,000 Granite Staters have gained healthcare coverage through the ACA, with the estimated uninsured rate in New Hampshire declining by 43 percent since 2010.

New Hampshire operates a partnership exchange with the federal government, one of seven states to do so. This mirrors a federal exchange but allows the state certain levels of “input, regulation and oversight.” This affords the state authority to handle day-to-day aspects of its exchange instead of relying solely on the federal government and maintains an option for the state to move towards a state-run exchange.

New Hampshire is also one of the 31 states which expanded Medicaid under Obamacare, a program which has been subject to examination since it was signed into law by then-Gov. Maggie Hassan in 2014. The Medicaid program received bipartisan support last year when the Republican-controlled state legislature passed another expansion which Hassan signed.

Currently, 43,000 Granite Staters receive healthcare coverage through the program, which will require a renewal at the end of next year. The Trump administration, however, told the state this summer to end its program by the end of 2018 or face “deferral or disallowance.” Gov. Chris Sununu has indicated the state will use this period of time to bring the program into line with federal guidelines.

A report by Savigny and the Insurance Department this summer found Medicaid recipients in New Hampshire paid 39 percent more for coverage than those on the individual markets and the overall market would see a 14 percent decline in claim costs if the program did not exist.

Both Republicans and Democrats have aimed to revise the ACA in order to stabilize the exchange markets while also addressing rising premium costs.

The ACA faced several attempts at repeal and reform in 2017, but the landmark legislation has remained in place through President Donald Trump’s first year in office.

The Trump administration, while failing to repeal the law, has made significant funding cuts which affect its future. Earlier this month, the administration announced an ending to cost-sharing reduction (CSR) payments, which are available for low-income Americans living below the poverty line. The administration, however, has not indicated when the CSR payments will no longer be administered.

The administration also reduced advertising for the enrollment period from $100 million to $10 million and lowered funding for Obamacare navigators to $36 million.

Despite widespread coverage availability, the Granite State still had some of the highest premium rates for benchmark healthcare packages throughout the nation.

A benchmark plan for a 27-year-old individual, (not including federal subsidies), was $237 monthly, while a family of four paid $859, according to data from the Department of Health and Human Services.

Options for the Future Marketplace

New Hampshire has seen an annual exodus of insurers from its healthcare marketplace in recent years.

The state had five available carriers in 2016 but saw a decline to four carriers in 2017. New Hampshire will have only three carriers going into 2018: Ambetter, Anthem, and Harvard Pilgrim.

The most recent departure from the marketplace, Minuteman Health, is a Massachusetts-based company. In June, Minuteman announced it would leave the New Hampshire marketplace by the end of the year, though it did attempt to remain in the market as a for-profit insurer.

A lack of capital by the August deadline meant the company would not participate in the New Hampshire marketplace in 2018, affecting 26,000 residents who received coverage and now must sign up for a new carrier during the upcoming enrollment period.