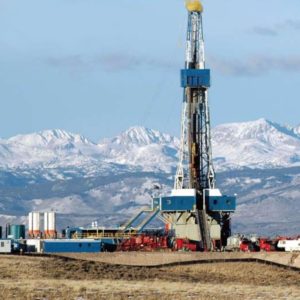 Colorado’s energy producers have once against dodged a bullet. On Monday, the Colorado Supreme Court released its decision in Colorado Oil and Gas Conservation Commission (COGCC) v. Martinez, one of a series of climate change cases backed by Our Children’s Trust, an anti-fracking group. The case sought to prevent the oil and gas commission from issuing drilling permits unless evidence showed that development would not harm human health or contribute to global warming.

The Colorado Supreme Court found that the proposed rule change fell outside of the commission’s statutory authority, which requires it to balance environmental conservation and economic development.

“The [statutory] provisions make clear that the Commission is required to foster the development of oil and gas resources, protecting and enforcing the rights of owners and producers, and in doing so, to prevent and mitigate significant adverse environmental impacts to the extent necessary to protect public health, safety, and welfare, but only after taking into consideration cost-effectiveness and technical feasibility,” wrote Justice Richard Gabriel for the court.

The case was an example of an extreme environmentalist agenda hiding behind children’s’ faces. Xiuhtezcatl Martinez, one of seven plaintiffs in the Colorado case, was also one of the plaintiffs in Juliana v. United States, where a group of minors sought to force the federal government to address climate change. He first filed suit in 2014, when he was then 14. His mother is the executive direct of the environmentalist group Earth Guardians.

Our Children’s Trust, the group which helped him, has filed similar lawsuits on behalf of minors in all 50 states as part of a campaign to stop fossil fuel development.

“The court was right to deny a single out-of-state interest group – one that advocates for ending all energy development across the country – the ability to rewrite our state’s laws,” said Colorado Petroleum Counsel executive director Tracee Bentley.

“This attempt to advance their extreme agenda into other states and against other industries would have put hundreds of thousands out of work and drain state and local coffers for education and other basic services.”

The case presented a serious threat to the Colorado’s economy given the size of the oil and gas development major industry in that state. The industry employs some 232,000 people and adds $31 billion to the state’s economy, as well as $1.2 billion to the state’s coffers through taxes and fees. Despite this, environmentalists are an increasingly loud voice in the state government and are using a variety of methods to try to limit fossil fuel production. In November, voters rejected Proposition 112, a ballot measure that would have restricted drilling within 2,500 feet of occupied buildings and other designated areas.

“Whether it’s the ballot measure or this case brought by Our Children’s Trust, which is another out of state organization, there is an attempt to move Colorado away from its support of oil and gas development,” Matt Dempsey, opinion editor for Western Wire, told InsideSources. “But, as the overwhelming victory in [Proposition] 112 showed, residents of this state are very supportive of the industry because of its economic impact but also because of its environmental gains.”

This is putting Colorado Democrats in a tricky position. While the national party is increasingly supporting a transition to carbon free energy, Colorado’s former governor John Hickenlooper supported the industry. Meanwhile, newly-elected governor Jared Polis was against Proposition 112 during the election and told reporters that he was for a thriving oil and natural gas industry.

“Democrats in Colorado have a long history of saying that natural gas is a solution to climate change,” he said. “According to Democrats here, hurting the gas industry would actually be contributing to climate change.”

While environmentalists released statements describing the court’s decision as “shameful” and calling on young people to continue to stand up and fight, the failure of their lawsuits means that the next anti-fossil fuel push is unlikely to come through the courts. Instead, the state legislature seems like a more likely launching pad.

“There will be an effort in the state legislature to move some kind of bill similar to what [former state representative] Joe Salazar put forth last year,” Dempsey explained. Salazar’s bill would have set in statute the requirements Our Children’s Trust made in its lawsuit. “Now given the Supreme Court decision and the overwhelming defeat of Proposition 112 it has certainly lost momentum and steam and it’s going to be an increasing pressure on the state legislature.”

The news out of Colorado shows the tension of being a pro-energy blue state during a period that is increasingly pushing green policies.