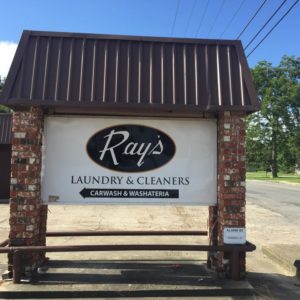 Baton Rouge, La.–American business relies on energy, especially oil and gas. This is particularly evident in the Bayou State, where pipelines crisscross the southern portion like veins in a body. A critical part of America’s infrastructure, these lines carry the energy that is the lifeblood of the American economy. The oil and natural gas industries behind these pipelines directly create more than 260,000 jobs in the state, but support many more in area communities, where small businesses thrive by catering to the needs of pipeline workers.

According to the Louisiana Mid-Continent Oil and Gas Association, the two industries directly employ more than 260,000 people in the state. However, they indirectly support between three and four times as many jobs, adding billions of dollars into the state’s economy. Many of these are in small businesses like Ray’s Laundromat, small chain of washing facilities in the Lake Charles area.

“Everyone has a connection to the industry, one way or the other,” says Kyle Bertrand , the owner of Ray’s Laundromat. (Ray was his grandfather).

He says that while his grandfather originally started the business after failing to get a job as a postman some sixty years ago, business has really picked up in the last few years as more infrastructure projects like energy pipelines and petrochemical plants came to the area. Over the past 5-6 months he estimates that business has increased by between 15 and 20 percent, as work increased on the Bayou Bridge pipeline and other projects in the area.

“This is one of the reasons we moved,” Bertrand says of his Lake Charles location, which opened two years ago to be closer to several pipeline projects.

He also pushes back on then characterization of pipeline workers as a rough and rowdy bunch.

“You’d be amazed how many guys come in with wives and a baby,” he says. “They are good people to do business with. Most of the guys are happy to have somebody to smile and be polite to them.”

Jeff Morgan, the owner of Cajun Haven RV Park, agrees. The park caters to pipeline and oil and gas industry workers, some of whom have parked their rigs and called it home for the six or seven years. Morgan appreciates their loyalty.

“Since we opened, pipelines have been the best industry bringing business to us,” he says.

Cajun Haven is not exactly a resort destination, but its location and price (rent ranges from $325-$350/month) make it a good spot for construction workers working on pipeline projects. Since the business opened 13 years ago, a new pipeline has been built somewhere in the area almost every year, Morgan says.

He also owns and rents out some apartments next to the RV park and owns a nearby bar which proudly advertises its live country and Cajun music.

“We get some of the working guys in there, but not too late,” he says. “They have work in the morning.”

At this point, he is consistently filled almost to capacity with returning customers passing along the word to others in the industry. Even as the Bayou Bridge project is finishing up, workers are cycling in to work on a new compression station in the area. For Morgan, it is a steady stream.

Meanwhile, Bertrand is also betting that the trend will continue and says that he is planning another location.

“The boom won’t last forever, but there are billions [of dollars] in construction planned,” he says.