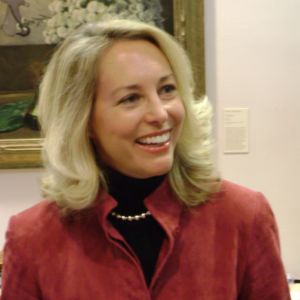 Valerie Plame, whose outing as a CIA agent launched a political scandal during the George W. Bush presidency, is running for Congress in New Mexico. Her history makes her a high-profile candidate who’s likely to receive an outsized amount of media coverage, but she also comes with her own political baggage–most notably her history of promoting offensive articles from a website she now concedes contains “anti-semitic propaganda.”

In her May 9 announcement for the seat now held by fellow Democrat Rep. Ben Ray Lujan — who’s running for the U.S. Senate — Plame recalled her outing in a statement: “My career in the CIA was cut short by partisan politics, but I’m not done serving our country.”

“We need more people in Congress with the courage to stand up for what’s right,” she said. “I will work as hard defending my fellow New Mexicans in Washington as I did defending our country from nuclear threats.”

While an investigation into her outing resulted in the conviction of Vice President Dick Cheney’s aide, Lewis Libby on charges of perjury and obstruction of justice, former Deputy Secretary of State Richard Armitage later acknowledged he was the source who first revealed Plame’s identity to Novak.

Although this is Plame’s first bid for elected office, she’s been an outspoken advocate for Democratic candidates like Hillary Clinton, whom she compared to FDR before the 2016 election.

In 2014, the couple were special guests of honor at a fundraiser in Santa Fe for the pro-Hillary Clinton Super PAC Ready for Hillary. They also supported Clinton during the 2008 primary.  In 2017, Plame and Wilson made their feelings for President Trump abundantly clear: They launched an unsuccessful crowdfunding campaign to purchase Twitter so Trump couldn’t use it.

“I have not been planning to go into politics at all,” Plame said when announcing her candidacy. “My twins are off at college now. I have the time and the ability to see if I can do this. It’s a way of giving back. This community has welcomed me very warmly.”

Plame and Wilson divorced in 2017 after nearly two decades of marriage, according to state divorce records.

Despite Plame’s innate appeal to the activist anti-GOP base, she faces another obstacle to her candidacy: A history of spreading articles deemed anti-Semitic.

Plame was rebuked in September 2017 for tweeting links to a column titled “American Jews Are Driving America’s Wars” and another called “The Dancing Israelis” that inferred the Israeli intelligence agency Mossad was involved in 9/11.

She initially defended her sharing of the Jews drive wars article, arguing, “many neocon hawks ARE Jewish.”

Her tweets have been removed and her personal website now features a lengthy apology:

“I regret adding to the already chaotic and sometimes hate-filled conversation on social media. In the past, I have also carelessly retweeted articles from this same site, the Unz Review, without closely examining content and authors.

“Now that I have, I am horrified and ashamed. The white supremacist and anti-Semitic propaganda espoused by this website is disgusting and I strongly condemn it. It is an affront to human dignity and does not reflect my values.”