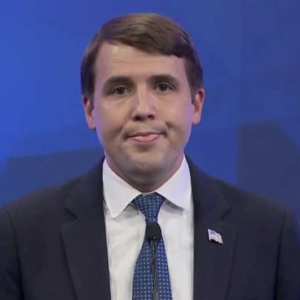 Pappas Admits He Lied About Relationship With Lobbyist

On Thursday, Rep. Chris Pappas acknowledged his involvement in a personal relationship with a corporate lobbyist, a relationship he repeatedly denied the night before during a live, televised debate.

“How dare you? That is not true, Matt. This is an outrageous charge,” Pappas said on WMUR, in response to the allegation from his GOP opponent, Matt Mowers Wednesday night.

But now the Pappas campaign confirms the congressman’s relationship with then-Amazon corporate lobbyist Vann Bentley, who worked for the company until November 2019.

The issue began when Mowers confronted Pappas during the televised debate:

“Congressman, you want to talk about relationships with corporate special interests? With all due respect, you’ve been dating a corporate lobbyist who actually was lobbying on behalf of Amazon at the time,” Mowers said. “You were dating a corporate lobbyist. And the fact of the matter is you never disclosed it. In fact, there are actually rules and regulations. You have to disclose that, especially gifts from lobbyists to the House Ethics Committee, something you’ve never done.”

Pappas responded by repeatedly and unequivocally denying any such relationship, saying the claims were “untrue” and “outrageous.” Later on Twitter, he called Mowers’ claims “gutter politics” and attacked them as homophobic.

“He was very displeased by the entire debate, and he accused me of bringing up his personal life,” Mowers said. “His quote was ‘you’re attacking my boyfriend,’ end quote. That was his quote to me.”

Mowers acknowledges that he has no evidence that Pappas has done anything illegal, unethical, or in violation of House rules. It’s entirely possible for a member of Congress and a lobbyist to have a relationship without doing anything wrong.

Instead, Mowers says  Pappas’ willingness to lie about the relationship, live on television as voters were watching, reflects his fundamental dishonesty. “He promised the voters he’d be an independent voice when he ran the last time, but instead he went to Washington, D.C. and voted with Pelosi 100 percent of the time,” Mowers says.

During a Mowers’ campaign press call on Thursday, two Republicans who backed Pappas in 2018, Tom Boucher, owner and CEO of Great NH Restaurants, Inc., and Bill Greiner, founder of Primary Bank, also accused Pappas of lying to them about key votes related to business.

In particular, Boucher says Pappas promised not to support a Democratic plan for a hike in the federal minimum wage if it included a tip credit. “He said, ‘I’m not going to vote for it unless they take out the credit.’ And when it came down to the vote, that piece of legislation was still there, and he voted for it. So he flat out lied,” Boucher said.

“You’re talking to two small business owners like myself and Bill, we supported him, held a fundraiser for him, brought in people to support him,” Boucher said. “And then he just flat out lied. And I’m not exaggerating at all. He’s just toeing the Democratic Party line.”

Also on the call was GOP state Rep. Joe Alexander of Goffstown, who took issue with Pappas attempting to use the charge of “homophobia” to fend off ethics questions.

“As a lifelong Granite Stater, an elected official and a gay man, I’m offended that Chris Pappas is trying to hide behind his sexuality,” Alexander said.  “He refused to disclose his relationship with a registered corporate lobbyist…and he lied about it last night on TV to cover it up.”

Will Pappas apologize for lying about the corporate lobbyist during the debate?  The congressman and his campaign declined repeated requests for comment.