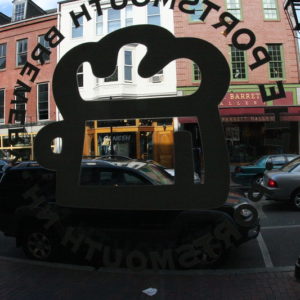 Portsmouth Health Officer Kim McNamara says most of her city’s restaurants don’t want to open any time soon, a claim strongly rejected by members of the industry.

“We’ve heard from more of our restaurants who aren’t interested in opening until mid-summer, early fall because they feel the guidelines do not offer protection for them, or for their customers or employees,” McNamara said during Monday’s city council meeting. “They are very concerned about opening and not being profitable, and losing more money by then having to close down again because there was a rush to get congregant activities open.”

Portsmouth’s City Council was discussing how to address changes coming under Gov. Chris Sununu’s “Stay-at-Home 2.0” plan, which will allow restaurants to phase in or expand service beginning May 18, though under strict guidelines. For example, no indoor seating will be allowed, and tables for outdoor seating must be limited to no more than six guests per table.

Rather than encouraging restaurants to take advantage of the opportunity, McNamara complained that some city restaurants are attempting to expand their ability to serve customers under the new state rules.

These restaurants “aren’t just trying to reconfigure what they currently have for outdoor seating, but want to add a whole lot more,” she said. McNamara also complained that the governor’s task force on reopening “was full of businesspeople; there was no public health voice on the task force.”

In fact, one of the participants in every Governor’s Economic Re-Opening Task Force meeting is Patricia Tilley, Deputy Director of the New Hampshire Division of Public Health. The task force also includes a bipartisan mix of state legislators.

So, is McNamara right?  Do Portsmouth restaurants really want to remain closed until Labor Day?

“I’ve talked to a lot of restaurant owners in Portsmouth who’d like to get something going as soon as they can,” said Mike Somers, president and CEO of the New Hampshire Lodging and Restaurant Association. “They don’t have the financial wherewithal to get to the fall. I’d be shocked if most of them don’t want to reopen as soon as they safely can.”

Portsmouth restaurant owner Jay McSharry of Jumpin’ Jays Fish Café told the Portsmouth Herald he’s ready to reopen. “I am game to work within the parameters the governor has set.”

“We have enough staff members who are ready to work and want to work. We have plenty of protective gear and sanitizer,” McSharry said.

Another restaurant owner eager to reopen is Mark McDonough, whose family owns the Homestead Restaurants and Fratello’s Ristorante Italianos.

“We’ve been doing takeout, and we will absolutely be opening our outdoor areas as soon as we can,” he told NHJournal. “We’ll definitely take that next step. We’re excited for the opportunity and ready to go.”

McDonough said his five restaurants are surviving on PPP loans, but while he appreciates the help, it’s not a solution. “We are going to capitalize on the opportunity. It won’t be a windfall and we won’t be going gangbusters, but we need the revenue,” he said.

At least two Portsmouth restaurants, Agave and Lure Bar and Kitchen, have already closed due to the coronavirus. UBS predicts up to one in five restaurants in the U.S. could close permanently because of the coronavirus pandemic.

Brewpubs are another dining option gaining popularity across New Hampshire and in Portsmouth. According to Jeff Cozzens, president of the New Hampshire Brewers Association, they’re ready to open as well.

“Most brewery owners that I know welcome the opportunity to serve the public, even in a limited capacity. These are conscientious people who will do everything within their power to safeguard their staff and the public,” Cozzens told NHJournal.

“That being said, I can’t speak to the circumstances of every brewery and restaurant owner in Portsmouth; many may feel that the tight confines of their establishments preclude them from applying the state’s guidelines and choose to remain closed. The great thing is, our industry has been presented with the opportunity to make a choice about opening up, and individual businesses get to make that call.”

“Governor Sununu isn’t forcing anyone to reopen. It’s at everyone’s discretion. If someone is uncomfortable, they do not need to open. It’s their choice.”