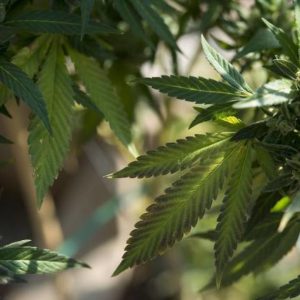 Pot Legalization Succeeds in CA, MA, ME and NV

Although most eyes were on the results of the presidential election, voters on Tuesday also weighed in on measures to legalize and tax recreational and medical marijuana in several states. Legalization advocates won a stunning victory. Medical marijuana referenda passed in Florida, North Dakota, Arkansas, and North Dakota, and voters approved legalization measures in California, Massachusetts, Maine, and Nevada, even as Arizona defeated a legalization measure because of safety questions.

After these results, 29 states allow the some medical use of cannabis, and eight, as well as the District of Columbia, permit recreational use. Roughly a quarter of the U.S. population now lives in a state with legal pot.

“This represents a monumental victory for the marijuana reform movement,” said Ethan Nadelmann, executive director of the Drug Policy Alliance, in a statement. “With California’s leadership now, the end of marijuana prohibition nationally, and even internationally, is fast approaching.”

In California, Prop 64 passed with 56 percent support. Passed six years after voters rejected a similar measure, the law allows residents over the age of 21 to transport, buy and use up to an ounce of cannabis for recreational purposes, while taxing retail pot sales at 15 percent.

Proponents of the law hailed it as an opportunity to improve public health and safety by doing away with the War on Drugs. They also viewed the measure as a way to push California to the forefront of research and development in the industry.

“We are very excited that citizens of California voted to end the failed policy of marijuana prohibition,” said Nate Bradley, executive director of the California Cannabis Industry Association. “Proposition 64 will allow California to take its rightful place as the center of cannabis innovation, research and development.”

Kyle Sherman, the CEO of FlowHub, a point of sale system for cannabis vendors, echoes Bradley’s comments, hailing legalization as “fantastic news” that would create jobs while also improving public health and safety.

“Not only are tens of thousands of jobs going to be created but cannabis will be regulated in a system built to keep consumers safe from pesticides and other additives,” Sherman said.

“When a regulatory system is put into place it protects society as well, removing criminal enterprise from the equation. Tax dollars are going to flow into the state instead of the black market,” he continued.

Law enforcement groups, on the other hand, expressed concern that the measure had “prevailed at the cost of public health, safety, and the wellbeing of our communities,” in the words of Ken Corney, president of the California Police Chiefs Association.

Corney noted several flaws in the proposition which would impact public safety, including a lack of prosecutorial tools for driving under the influence of marijuana. He said that his group would work with the state legislature to try to develop solutions.

Across the border in Nevada, where the ballot proposal had the backing of several powerful union groups, legalization was approved by a margin of nine points (54%-45%).

“I’m looking forward to Nevadans experiencing the same gains that Coloradans were fortunate to benefit from when Amendment 64 was passed in this state four years ago,” said Alex Fanshel, a cannabis businessman, about the measure.

Legalization also garnered 51 percent of the vote in Maine, passing by a margin of around 5,000 votes. Mike Bologna of Green Lion Partners, a Colorado-based cannabis business strategy firm, hailed the passage there and in Massachusetts where the measure won 53 percent of the vote despite facing strong opposition from the Archdiocese of Boston.

“By passing adult use cannabis legislation in both Maine and Massachusetts, New England established itself as a leader for the East Coast,” Bologna said. He also praised the “positive social and economic benefit” that cannabis tourism would offer area residents.

Supporters of marijuana legalization hope that the successful ballot proposals will pressure the federal government to reconsider the classification of cannabis as a controlled substance.

“The new administration is not going to want to continue this toxic and nonproductive war on drugs,” said Rep. Earl Blumenauer, an Oregon Democrat who supports legalization.

However, others were less certain, pointing to Donald Trump’s conflicting statements on the matter. Phillip Wallach, a senior fellow at the Brookings Institution who writes on domestic policy, noted that marijuana liberalization made big steps in the late 1970s before meeting with opposition from the Reagan administration.

“Marijuana ballot initiatives did very well tonight,” he said, “but Pence & [Chris] Christie in the admin may be more important for future of legalization.”

His hesitance is supported by the results in Arizona, which rejected legal recreational use 52 percent to 48 percent. Medical marijuana is still available by prescription within the state.

Arizona’s measure pitted businesses including Discount Tire and medical research company Insys Therapeutics against a well-organized legalization push from national organizations like the Marijuana Policy Project. Many opponents of legalization were concerned about contradictory language describing impaired driving in the bill. Although driving while impaired would have been illegal under the law, it also stated that a person could not be punished “for an action taken while under the influence of marijuana” solely because of the presence of cannabis in their body.

“The defeat of Prop. 205 helps to secure a safe and prosperous future for Arizona for many years to come,” said Adam Deguire, a support of the anti-legalization campaign. “Tonight’s defeat shows Arizonans will not risk letting out-of-state interests buy the ballot box to drastically change our state.”

The results in Arizona were not entirely unexpected. Polling leading up to the election showed that the measure trailed in public support. For pot supporters however, the night went well on the whole.