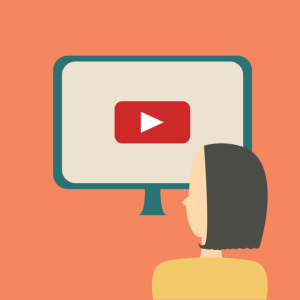 PragerU Vs. YouTube Case is About Choosing the Lesser of Two Evils

Conservative educational platform Prager University sued YouTube last year for “restricting” and “demonetizing” many of its educational videos, citing censorship of conservative ideas, but one think tank argues that siding with PragerU means you support government control of speech.

In amicus brief filed Nov. 7 and a blog post published Nov. 26, the Electronic Frontier Foundation (EFF) — a leading think tank in digital privacy and free speech issues — sided with YouTube, arguing that YouTube’s flawed content moderation should not grant government the ability to control what content is published on private platforms.

In March, a federal judge dismissed PragerU’s case, but PragerU has appealed and the case will now be heard by the Ninth Circuit Court of Appeals.

The PragerU case is uniquely difficult because it weighs free speech concerns on one side, and freedom of association issues on the other, which EFF discusses in its brief and blog post.

“YouTube’s actions here with respect to Prager University should be deeply scrutinized in the court of public opinion,” EFF states in the amicus brief. “But YouTube’s actions were constitutionally permissible.”

According to EFF, it is extremely disturbing and concerning that YouTube has restricted so many of PragerU’s videos for seemingly no reason at all. In the brief, EFF calls out Facebook and Twitter for removing content posted by individuals both sides of the political spectrum — conservatives and liberals — that seem to contradict content policies.

EFF concedes that YouTube may be, in fact, censoring conservative ideas, but fears giving the federal government the power to force YouTube to restore the videos is a slippery slope into fascism, and believes both moderated and unmoderated internet platforms are necessary for a healthy, flourishing society.

“Given the long history of governments using their power to regulate speech to promote their own propaganda, manipulate the public discourse, and censor disfavored speech, we are very reluctant to hand the U.S. government a role in controlling the speech that appears on the Internet via private platforms,” wrote David Greene, EFF’s senior staff attorney and civil liberties director, in the blog post. “The First Amendment prevents the government from dictating content moderation rules and controlling what platforms can and can’t publish.”

Because YouTube is not a government entity, it should be free to moderate its content as it chooses. However, PragerU argued that as a de facto public forum, the First Amendment should apply to it.

“The exception to that is the state actor doctrine, in which a private entity is functioning as the government,” Greene told InsideSources. “The issue here is the public function test, in which if you’re performing a function that’s typically a government function, then you are essentially treated as the government.”

Legally, though, YouTube needs to be performing a function that’s traditionally exclusively performed by the government in order to be considered a government entity — and it doesn’t.

“A court cannot import only one facet of the entire doctrine — the designated public forum — and leave the other facets behind,” EFF states in the amicus brief.

Greene told InsideSources that EFF sees both sides of the issue. Deciding which side to take, ultimately, is choosing the lesser of two evils.

“We believe content moderation by platforms is a big problem, they don’t do it well, they do it at the expense of human rights,” he said. “At the same time … We think it’s very dangerous when you are allowing courts to tell the platforms that they must publish something. That’s just a very dangerous power to hand to governments. That’s a power we’ve seen historically and internationally abused.”

In an effort to improve how tech platforms like YouTube, Facebook and Twitter moderate content, EFF supports the Santa Clara Principles — also supported by the American Civil Liberties Union (ACLU) of Northern California, the Center for Democracy and Technology and New America’s Open Technology Institute — which seeks to bring more transparency and accountability to content moderation.

As the blog post concludes, “the answer to bad content moderation isn’t to empower the government to enforce moderation practices.”