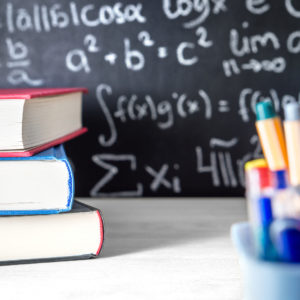 Posted to Education May 24, 2018 by Jessica R. Towhey
UPDATE: Comments from a spokesman for Grand Canyon University disputing testimony given at the hearing has been added to the article.

Opponents of for-profit colleges are warning that schools will use a conversion to nonprofit status to shield themselves from regulatory scrutiny.

The verbal beatdown came during a three-hour hearing of a U.S. Department of Education advisory council during which more than 20 witnesses berated schools for predatory behavior that puts profit over student success. Witness after witness accused for-profit colleges of defrauding students and lying about tuition costs, program quality, job placement rates, credit transfers, and potential future earnings. Witnesses also raised concerns over the rate at which for-profit students default on costly student loans.

“For-profit colleges have given themselves the stigma from their own actions,” said Maryland Assistant Attorney General Christopher Madaio, part of the Consumer Protection Division that has gone after at least 13 schools for fraudulent practices. He described converting schools to nonprofit status putting “lipstick on when it’s still a pig underneath.”

But those aligned with for-profit colleges defended the schools and characterized the attacks as a political witch-hunt. Steve Gunderson, head of a trade association that represents the schools, said that several smaller schools declined to participate in the hearing over fears of it being another attack on their sector.

For-profits colleges operate in a post-secondary education sector that seeks to train students for specific careers. Unlike liberal arts colleges, career and technical schools emphasize degree and credential programs into which students will transition immediately after graduation.

“The lines between public, private non-profit, and private for-profit are yesterday’s boundaries,” said Gunderson, a former U.S. Congressman who sat on the House Education Committee. “Every institution of higher education today is engaged in some mixture or combination of public, private and certainly non-profit operations.”

Gunderson noted that the University of Wisconsin – Stevens Point has proposed eliminating 13 humanities and social science majors because “they are not profitable,” he said.

Gunderson also questioned whether the advisory council has the authority to make recommendations to the U.S. Department of Education regarding the conversion from for-profit to nonprofit entities. He also noted that the opposition comes from individuals and organizations who “have made clear that – in their mind – for profit schools should not exist.”

This latest round of criticism was kicked off by a who’s who of potential Democratic presidential contenders such Sen. Elizabeth Warren, Sen. Bernie Sanders, Sen. Kamala Harris and Sen. Kirsten Gillibrand. The Senators have asked the IRS to investigate conversion efforts, calling them a “troubling trend” where schools enter into “third-party contracts with for-profit entities often operated by individuals in charge of the former for-profit.”

That theme was picked up by several witnesses who testified before the National Advisory Council on Institutional Quality and Integrity.

Georgetown University law professor Brian Galle said a deal to convert Grand Canyon University to a nonprofit would wind up with the new entity “totally indentured” to the former for-profit company. According to documents filed with federal regulators, the new nonprofit will purchase “education-related assets” for $800 million. That funding would come from an interest-only loan from the for-profit entity that would amount to annual payment of $48 million, Galle said. The new nonprofit would also be governed by a board comprised mostly of people who already sit on the for-profit board, according to both written and oral testimony from Galle.

Although the IRS would be responsible for approving conversions, Galle said the agency lacks the manpower to properly investigate applications. In 2016, the IRS denied just nine applications whereas from 2009 to 2016, it denied hundreds, Galle said.

“You can’t rely on the IRS to make sure former for-profits act like nonprofits,” Galle said.

Romantic noted that the student loan default rate for GCU is 6.5 percent, which is below the national average of nonprofit institutions. He also said that none of the school’s programs have failed the “gainful employment regulations, mostly because we have kept tuition affordable.”

Other witnesses talked about the overall concerns with for-profit colleges, including reports that predatory behavior take advantage of veterans and servicemembers looking to use GI Bill benefits for education.

“Veterans who have sacrificed for our country and who use their hard-earned education benefits should be able to trust their college is acting in the best interest of its students, and not simply its owners,” said Sean Marvin, legal director at Veterans Education Success.

Marvin said that “nearly every complaint” from the roughly 4,000 veterans and servicemembers who have contacted his organization are related to for-profit schools.

In opening remarks, advisory council Chairman Arthur Keiser said he requested legal guidance on whether he needed to recuse himself from deliberations. Keiser is the chancellor of Keiser University, which converted to a nonprofit entity eight years ago. Keiser said he was told his recusal would not be necessary.