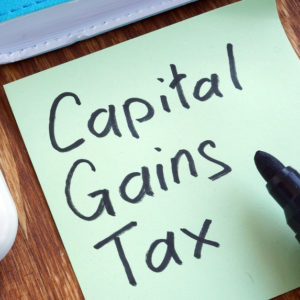 In New Hampshire, Democrats who took control of the House of Representatives last year have passed the state’s first-ever tax on capital gains.  Though the odds are long that their bill will ever become law— GOP Gov. Chris Sununu has pledged a veto— it’s another sign that Democrats are targeting capital as part of their economic policy in the era of progressive populism.  Sen. Bernie Sanders has proposed a top income tax rate of 77 percent, for example, while Sen. Elizabeth Warren has gone beyond income to a wealth tax— an annual surcharge on family property, savings, etc. worth more than $50 million.

Perhaps the best example of tax policy that targets wealth creation, likely at the expense of economic growth and jobs, is the populist push against a specific form of capital gains called carried interest.

The name “carried interest” or “carry” comes from the days when European ship captains got a cut of the profits when they risked carrying cargo through dangerous waters to far-off Asia.  The idea is that, instead of earning a salary for his voyage, the captain shared in the risk and—if successful—the reward.

Today carried interest income most often comes from the risk private equity firms take either in managing other people’s money or growing an existing business.  David’s Bridal, for example, was a small bridal boutique in Florida that eventually became a national chain where one in four American brides get their dresses. Much of that growth came under the direction of longterm investment partnerships. Everybody agrees that the members of the partnership who invested cash should have their profits taxes as capital gains. But what about the managers who invested their time and expertise, much like the ship’s captain?  Isn’t their share of the profits a capital gain, too?

“It certainly seems that way to me,” tax expert Robert Willens told InsideSources. “Investing your abilities to generate growth and future profits is the original reason for the preferential treatment carried interest has received.”

Willens, a professor of finance at Columbia Business School, says carried interest gets “a bad rap” from some politicians because the people who earn them “haven’t risked any capital. They render services instead. But those services have value.”

Progressives don’t agree. Legislation introduced last month by Sen. Tammy Baldwin (D-WI) and Rep. Bill Pascrell (D-NJ)—and backed by Warren and Sanders–would raise the tax on carried interest from its current rate of 23.8 percent to 37 percent, the same as the personal income rate.

Progressives say that carried interest is a “loophole” in the capital gains tax law, but defenders of the current law disagree. “Hiking the tax on carried interest capital gains would discourage entrepreneurs who invest their time, energy and expertise in businesses like these—and America would be worse off because of it.”

And while supporters of ending the carried interest tax rate claim it would pay off big for the public fisc, analysis doesn’t appear to back them up.

“Raising taxes on carried interest also wouldn’t raise much money,” Alan Viard, a resident scholar at the American Enterprise Institute wrote for InsideSources. “In 2015, the Joint Tax Committee estimated that a similar bill would raise $16 billion over 10 years, a mere 0.04 percent of total federal revenue.”

And while entrepreneur and Democratic hopeful Andrew Yang claims that “ending the carried interest treatment loophole alone would generate $18 billion per year in revenue,” analysis from the nonpartisan Congressional Budget Office released last December found it would raise less than one-tenth that amount– about $14 billion over a decade.

So why the progressive push for a $1.4 billion a year tax hike, which is small potatoes in a $4.7 trillion budget? Many free-market advocates fear it’s the first step in wiping out the lower capital gains tax rate altogether.

“We’d be paving the way to taxing all capital gains as ordinary income,” tax policy analyst Ryan Ellis of the Center for a Free Economy told InsideSources.  “Progressives will come up with an excuse to eliminate every legitimate variety of capital gain.”

Grover Norquist of Americans for Tax Reform agrees: “The left’s stated long-term goal is to tax all capital gains as ordinary income. Taxing carried interest is the opening salvo in this goal,” Norquist said in a statement. “On principle, carried interest should be taxed as capital gains, not at artificially higher rates.”