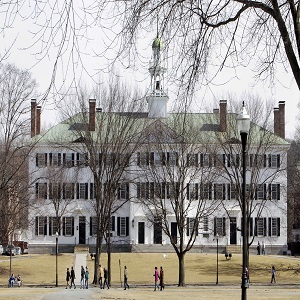 Allegations and revelations of sexual misconduct at educational institutions in the Granite State have sparked a conversation about what recourse victims have in these cases.

The Ivy League school previously placed the professors on paid administrative leave before acknowledging the decision was spurred by accusations of behavior amounting to sexual misconduct and harassment.

St. Paul’s School, a private boarding school, released a report on Wednesday detailing allegations of sexual misconduct against five faculty and staff members ranging from 1956 to 2009. The school was at the center of controversy in 2015 when Owen Laberie was convicted of misdemeanor counts involving sex with a minor. Laberie, a senior, was accused of assaulting a freshman girl as part of a school ritual among students.

Phillips Exeter Academy, another private boarding school, dealt with similar public scrutiny last year after the Boston Globe reported on the institution’s cover up of sexual abuse by a male instructor towards female students during the past three decades. The scandal became an issue in the 2016 U.S. Senate campaign as then-Gov. Maggie Hassan confronted questions over her husband’s role as headmaster at the school.

Former Congressman Chuck Douglas, principal at Douglas, Leonard & Garvey, P.C., told NH Journal the cases are “unfortunate” and said the risk of sexual abuse emerges from the longstanding arrangement of having adults in positions of power around younger people on a campus. Douglas said this scenario can lead to instances of impropriety, assault, and harassment in the absence of parental supervision.

Douglas said institutions must go through a process to make systemic changes, such as admitting to having a problem, ask for public forgiveness, and then work to minimize the occurrences of future incidents.

“These other institutions are just at the beginning stage, unfortunately,” Douglas said. “They’re just beginning to lift the manhole cover off and look at the smell underneath. Then, they’re going to have to implement some dramatic changes to prove they mean what they say, rather than just giving it lip service.”

The creation of mechanisms to ensure victim safety is a crucial element to addressing widespread sexual misconduct, according to Douglas. While the process to change policy takes time, it must be enacted sooner rather than later in order to be effective and provide victims with an opportunity for redress, even after the statute of limitations may have passed.

Douglas, who represented 50 victims of sexual abuse at the Diocese of Manchester, said the Catholic Church was the subject of a grand jury investigation and subsequently agreed to a multi-year monitoring arrangement with the attorney general’s office. He said he has not received calls or complaints regarding the Diocese in at least five years, though he added that doesn’t mean there are no longer issues.

Granite Staters who are victims of sexual abuse have three primary avenues to seek assistance with their cases.

Title IX, which prohibits educational institutions from discriminating on the basis of gender, offers protections for students at public universities. Since St. Paul’s and Phillips Exeter do not accept federal funds, they have argued they are not responsible to abide by Title IX reporting processes.

The institutions do supply handbooks and guidelines which promise to provide campus safety and an assault-free environment. Douglas said this has been used in court cases to argue a breach of contract since the institutions have a fiduciary duty to protect their students on campus. He cited a New Hampshire Supreme Court case from 1999 which ruled against Plymouth State University after a female student alleged an art professor was sexually harassing her.

Douglas said media coverage and the social media community has fostered an empowering environment for victims to speak out after years of silence or fear. He said this is reminiscent of cases he oversaw involving the Boy Scouts or female college students who believe they are the only ones who have been victimized or accept it as their fault. Sex abuse victims are now realizing that unless they come forward with their stories, others will be subjected to similar behavior in the future.