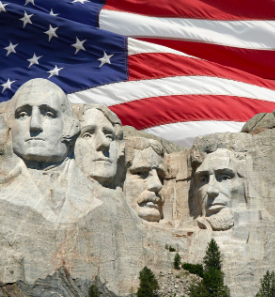 Presidents Day, which became an official holiday in 1971 after an executive order by then President Richard Nixon, is February 18. The quiz below, from the Ashbrook Center at Ashland University, Ashland, Ohio, provides an opportunity for you to test your knowledge of the American presidency and its place in the constitutional order.

1. President Thomas Jefferson delivered the president’s annual message to Congress — what we now call the State of the Union Address — in writing, starting a precedent that was followed until this president delivered the message in person to Congress, a practice that continues today.

2. Which of the three branches of government did early Americans consider to be the most powerful and therefore the “most dangerous”?

A: The legislative branch

B: The executive branch

3. Which president  demonstrated the power of the president to determine foreign policy by declaring that the United States was neutral in the war between France and England?

4. The U.S. Constitution states that  the president is “Commander in Chief,” yet gives Congress the power to “declare war.” Which president has argued that the president has the constitutional authority to send American troops to use military force abroad without first getting approval from Congress?

5. Which document is most responsible for laying out the process by which we nominate presidential candidates today?

A: Article II of the U.S. Constitution

B: The Brownlow Committee Report of 1937

C: The 22nd Amendment of the U.S. Constitution

D: The McGovern-Fraser Commission Report of 1971

6. Who was the first vice president to become president by virtue of the death of the elected president?

7. Who is the only president to have been formally censured by a chamber of Congress?

8. Which president was impeached for removing the Secretary of War?

9. Which Supreme Court case has settled the question of whether the president may initiate a war with another nation?

D: None of the above because this has not been settled by the Supreme Court