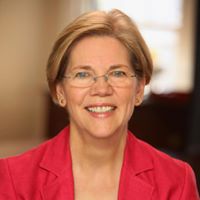 Relax, New Hampshire–Liz Warren Is On Her Way!

Posted to Politics January 09, 2019 by Michael Graham
The NHDems have announced that Massachusetts Sen. Elizabeth Warren is scheduled to keynote the New Hampshire Democratic Party’s McIntyre-Shaheen 100 Club dinner on Feb. 22.

Sen. Warren’s coming off a good weekend in Iowa–a much-needed bump to her candidacy which many insiders have said is otherwise off to a shaky start. Warren has consistently underperformed in polls of Democrats as a whole and progressives in particular. In addition, Warren’s one of the few high-profile Dem 2020 candidates who’s underwater with voters as a whole.

“The 100 Club event is an excellent opportunity to get ni front of large gathering of NH activists and voters,” Democratic strategist Jim Demers told NHJournal.  “Coming from Massachusetts, the crowd will even bigger than usual because she ban bring supporters from across the border. I expect the dinner to be a big success for the state party.”

Grabbing this high-profile platform–where she will be the only 2020 contender on the stage– is more than a boon to just Warren and the NHDem’s coffers. It’s also a lost opportunity to other potential candidates, in particular fellow progressive Sen. Bernie Sanders. They are expected to wage a Battle Royale for their border-state voters.

Warren donated $5,000 to every state party in the US last year, and she sent two staffers to work for the NHDem party. Sen. Kamala Harris gave $25,000 to the state party and reports are that Sen. Cory Booker gave some $170,000 to various New Hampshire Democratic candidates and causes in the 2018 cycle.

One NHDem insider told NHJournal “The candidate who wants these slots most usually gets them.”