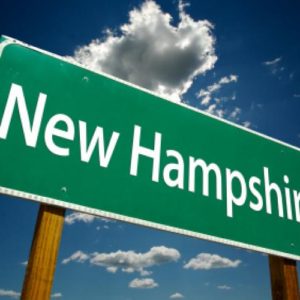 Gov. Chris Sununu has made the economy the centerpiece of his re-election campaign with the slogan “We’re all about the economy, and it’s working.” And in the most recent economic analysis from Pew Research, he got more good news to add to the mix.

Personal incomes in New Hampshire grew by 3.7 percent in the past year, the second-highest increase in the nation. Only Nevada’s red-hot 4.5 percent growth surpassed it. Perhaps even more significantly, the Granite State outpaced the rest of New England, which averaged just 2.04 percent growth over the same period.

Meanwhile, the unemployment rate is now 2.7 percent, well below the national average of 3.9 percent.

During Tuesday night’s televised debate, Sununu’s Democratic would-be challengers struggled when asked to make the case for changing direction on the economy, given strength of the economy. As WMUR’s John DiStatso put it:

“Fewer than 21,000 people are unemployed, the rate is the fourth-lowest in the nation, and three-quarters of voters say the Granite State is on the right track. Why should Granite Staters fire Chris Sununu?”

Kelly and Marchand tried to argue that some people in New Hampshire were still struggling financially–which is indisputably true. They’re just not struggling nearly as much as residents of most of the other 49 states.