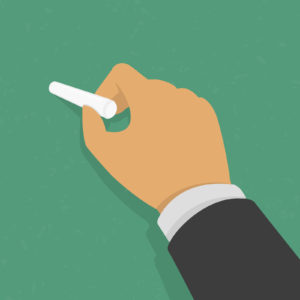 Are Retired Educators the Key to Teacher Development?

Math scores were higher for students taught by teachers who themselves were mentored by retired educators, according to a federally-funded study that tracked the innovative professional development approach in a controlled trial in Colorado elementary schools.

The Institute of Education Sciences, which published the study this week, conducts research for the federal Department of Education. Researchers tracked the “Retired Mentors for New Teachers” program in Aurora, Colorado schools from 2013 to 2015. Aurora public schools service an economically- and racially-diverse group of 40,000 students. Seventy-seven teachers from low-income or “Title I” elementary schools participated in the review.

Half of those teachers were placed in a “control” group where they received the district’s standard professional development (PD)—which includes pairing with more experienced active teachers. The other teachers, those in the “program” group, were matched with a recently retired “master” educator—in addition to participating in standard district PD. The retirees met one-on-one with the teachers assigned to them at least every week. All the retirees were former teachers or school administrators. All of the teachers, in both the control and program groups, were new to teaching in the district, but not necessarily new to the profession.

In the first year of the study, the students taught by teachers in the program group made additional gains equivalent to “12 percent of the academic growth a student is expected to make over an entire year [or] roughly equivalent to one month of additional instruction time,” according to the report.

Student math scores in the second year, and reading scores in the first and second year, were also higher for those taught by teachers in the retired educator mentorship program, but those differences were too small for the researchers to establish statistical significance. The study also suggested that mentorship from the retirees did not cause changes in teacher evaluation scores, or in teacher retention.

Furthermore, while the boost in math scores among students indirectly impacted by the mentorship program were significant, the bump did not put those students in-line with national averages. The researchers determined that an Aurora-style retired educator mentorship program could be effective, but was not an all-encompassing solution for academically lagging Title I schools.

Nevertheless, the study’s cost analysis of the program makes a case for other school district leaders to pay attention. The researchers determined that the long-term economic benefits of the higher math scores far outweighed the average $237 annual per-student cost of implementing the program in the average American school district. Based on other research cited in the study, students with higher math scores in elementary school go on to attend college in high numbers, are less likely to give birth as teens, and more likely to earn larger incomes during their careers.

Part of the appeal of the study is that teachers like getting professional development from those with teaching experience, and the current teaching workforce is graying. The study argues that there is national supply (from retiring baby-boomer educators who want to continue working part-time) and demand (from young teachers getting oriented to the profession) to fuel similar programs.

Another point stressed by the researchers was that while the mentorship program did not have a demonstrable impact on teacher retention, there is evidence that increasing overall hours of mentoring correlates to teachers staying in a school system longer.

The researchers called for more studies to determine if “a minimum number of mentoring hours might increase retention.” Retaining teachers is important to school districts because experienced teachers tend to be more effective, and recruiting and retraining new teachers is expensive.

The study also acknowledged that if mentorship programs that rely on retired educators were expanded, retirement patterns of effective veteran educators could be altered. Presumably, schools will be wary of creating incentives for their best teachers to retire early—even if it is only a partial retirement.