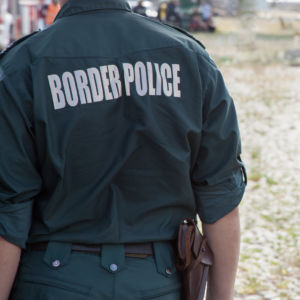 The St. Anne-St. Augustin Parish, a Manchester Catholic church, is defying the wishes of the state’s Roman Catholic bishop by declaring itself a sanctuary church for undocumented immigrants, following the lead of hundreds of other congregations in the United States that are looking to protect people from President Donald Trump’s beefed up immigration policies.

Bishop Peter Libasci of the Diocese of Manchester sent a letter to clergy earlier this month stating that congregations should not allow undocumented immigrants to be housed within their churches to avoid being deported. The letter came in response to a meeting with several priests who expressed concerns about increased immigration enforcement.

“We have not designated our churches as ‘sanctuary’ churches in this sense of the word because it creates a false hope to tell individuals living in fear that we can protect them from law enforcement actions,” Libasci wrote.

Parents fearing possible deportation have provided notarized instructions to St. Anne-St. Augustin staff, spelling out family finances and who would care for their children in case they are picked up by U.S. Department of Homeland Security Immigration and Customs Enforcement (ICE) officers.

Eva Castillo, executive director of the New Hampshire Alliance for Immigrants and Refugees, said she was not surprised by the Bishop’s letter, but was “disappointed” the Bishop was “quick to dismiss” the idea of sanctuary churches.

“I find it frustrating because I went to the same Catholic school from kindergarten to high school and I always noticed that they were quick throw money, but their equal treatment and welcoming part was not there,” she told NH Journal. “I felt that from way back then. I always say we need to put faith into action and bring it out of the pew.”

Castillo noted that besides St. Anne-St. Augustin, she’s had difficulty working with other Catholic churches in New Hampshire, but there has been interest from other Quaker and Unitarian Universalist congregations about how they could help the cause. On the Seacoast, she’s spoken with members of the United Church of Christ and other Indonesian churches.

“It’s not only giving residence to somebody, she said. “You can just give support to places where people are staying. You could have a rapid response team if ICE is in ‘X, Y’ place and have a group of people there to witness the activity. Not to stop it, but to bear witness of what’s going on.”

The balance between helping those in need and breaking the law has some churches unsure about which action to take. Yet, for Bishop Libasci, he said there are two definitions to the term “sanctuary churches” and parishes should not be letting undocumented immigrants live in their church.

“Some use this term and mean what I have described above — a welcoming community ready to offer immediate aid to anyone in need. In these works, of course, we will always be involved,” he wrote in the letter. “But others use this term ‘sanctuary’ to refer to churches that will allow individuals in fear of deportation to live in the church. ‘Sanctuary’ is not a designation recognized by law and provides no such legal protection.”

By law, places of worship are not allowed to harbor undocumented immigrants, yet more than 800 churches and faith groups nationwide have protested recent actions taken by Trump to curtail illegal immigration to the United States and declared themselves sanctuary churches.

Soon after his inauguration Trump, signed two executive orders temporarily suspending immigration from multiple predominately Muslim countries, but both orders are being held up by federal judges as unconstitutional.

In Denver, Jeanette Vizguerra resides in a makeshift bedroom at the First Unitarian Church because she’s concerned that immigration enforcement agents would arrest her elsewhere. Churches in Chicago and Phoenix have also offered shelter to other undocumented immigrants who are fearful of being deported.

ICE officials with a warrant can arrest undocumented immigrants regardless of whether they’re at a church, synagogue, mosque, or other house of worship. The Immigration and Nationality Act prohibits anyone from knowingly harboring an undocumented immigrant “in any place, including any building,” and those convicted could spend years in prison.

However, ICE generally avoids arrests at “sensitive locations,” like churches, because prosecuting pastors could create unfavorable headlines and result in long legal battles.

While several cities and towns in the United States, including many in New Hampshire, are debating whether or not to become “sanctuary cities” — or places where local law enforcement limit their cooperation with federal officials on immigration enforcement — Castillo said the best chance to help undocumented immigrants is at the church level. She isn’t expecting too many cities or towns to publicly declare themselves as sanctuary cities, due to New Hampshire’s small Latino population.

According to the Pew Research Center’s Hispanic Trends, the Latino community comprised 3 percent of the state’s population in 2014, although that number is growing in size.

Three small Granite State towns — Harrisville, Dublin, and Lyme — voted at town meetings last month to declare themselves as “sanctuary towns.” However, bigger areas like Durham, home to the University of New Hampshire, and Portsmouth failed to pass similar measures. Students at Dartmouth College in Hanover passed around a petition after the November election seeking for the university to declare itself a “sanctuary school.”

Castillo remains hopeful that the Bishop changes his mind and allows Catholic churches to become safe havens for undocumented immigrants. She said she is in the process of scheduling a meeting with him soon.

“We realize that this is a big commitment on the immigrants and the people to house them,” she said. “It is really civil disobedience. That’s what we tell them. We aren’t disguising the whole notion. We aren’t advocating for one thing over another. They can all do their own part in what they are most comfortable doing.”