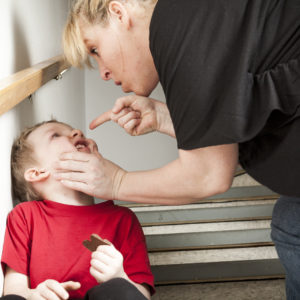 What Will Become of the Obama School Discipline Agenda?

In her confirmation hearing, Secretary Betsy DeVos reiterated a commitment to protecting all students from discrimination: “It’s pretty simple. Every child in America deserves to be in an environment that is free from discrimination.”

But her nomination was opposed by some civil rights groups, and DeVos has yet to go on the record on the finer points of her school discipline policy.

For the Obama administration, the school discipline agenda consisted mainly of rectifying inequities that saw black children disciplined more often and more harshly than their peers. An element of this reform was meant to include a ban of corporal punishment, a practice still used in many southern states that also disproportionately affects African American students.

Outside of the administration, the Black Lives Matter movement, which earned national momentum during Obama’s second term, pushed for the dismissal of school police officers, or school resource officers. The activists argue that police presence on campus is part of an oppressive societal system that criminalizes black youth.

By the time Obama left office, school suspension rates had been cut by 20 percent, but corporal punishment remained in place, and the racial gap in the application of those practices persisted. Despite protests, police officers continue to roam school hallways in increasing numbers.

The area where Obama officials were able to effect some real change—promoting diversity training and getting educators thinking about racial equity when doling out punishments—is under fire from some on the right. They argue that the focus on leveling out student discipline referrals on a racial basis runs counter to the mission of taking each incident independently and ends up creating unsafe schools.

In a provocatively-titled, long-form article “No Thug Left Behind,” Katherine Kersten, a conservative columnist for the Minneapolis Star Tribune, placed blame for a spike in school discipline incidents in St. Paul, Minnesota squarely at the feet of the “racial-equity crusade.”

Kersten argued that years of over-emphasis of diversity training for educators, while discouraging suspensions of students of color, led to a breakdown in school culture in which some students took advantage of the system’s reticence to discipline them.

Valeria Silva, the 38,000-student system’s superintendent who pioneered the reform, was blamed for the breakdown in school culture and fired from her post after the school board bought out her contract for nearly $800,000.

The history of race-based student discipline in St. Paul, as in America more broadly, has long been thorny. Outside of schools, 2016 was also a particularly trying year for race relations in the Twin Cities.

In June, a police officer shot and killed Philando Castile, a former St. Paul schools student who worked in one of the school’s cafeterias. The encounter, which was broadcast live on Facebook, eventually led to manslaughter charges against the officer. The incident also invigorated the local Black Lives Matter movement, which organized weeks of protests following Castile’s death.

As part of their efforts to hold law enforcement accountable and end the “school to prison pipeline,” some activists have questioned whether school police officers belong on campus. While the Black Lives Matter movement earned support from President Obama, the movement’s platform never received his full-throated endorsement.

D.J. Schoeff, a vice-president of the National Association of School Resource Officers (NASRO), told InsideSources in an interview that despite some political opposition to the role of law enforcement in schools, their work is important and should remain constant.

Schoeff, who is assigned to the 5,000-student Carmel High School in Carmel, Indiana, also oversees the specialized training conducted by NASRO for officers assigned to ensuring school safety.

He said that it is important for his trainees to be aware of the pushback against school resource officers’ work in some communities. He also works with getting prospective school resource officers familiar with the difference between accounting for “implicit bias” and outright “racism.” It’s a discussion that he said he has also had with some of his students who distrust him because of his profession.

Many of the violent police-student incidents in classrooms—some of which have gotten national attention—result from officers being thrown into schools with minimal specialized training, said Schoeff.

Schoeff’s group encourages school resource officers to stay out of school-based discipline decisions. His officers have three main mandates: building relationships with and acting as mentors for students, being guest speakers on topics ranging from drug abuse to dating violence, and in the most extreme cases, interfering to protect students and refer crimes for prosecution.

When a student acts out, the primary responsibility of a resource officer should be “understanding the ‘why’ behind their behavior” on a case-by-case basis, he said. “The ultimate goal needs to be building positive relationships with students to discourage poor decisions.”

If more states ensure that resource officers are specially trained, Schoeff believes more communities will come to see them as partners in education rather than enforcers of an unfair discipline system.

In Congress, the focus is on notching a victory the Obama administration was never able to secure. Florida Democrat Rep. Alcee Hastings introduced legislation on the first day of the new Congress that would divert federal money from schools in the nineteen states that permit corporal punishment of their students.

According to the language of the prospective law, which has a Republican among its co-sponsors, “each year in the United States, hundreds of thousands of school children are subjected to corporal punishment in public schools,” based on education department statistics.

The bill goes on to note that most corporal punishment consists of “paddling” students who act out, and statistics show that boys and African American students are more likely to be hit by educators than students of other demographic profiles.

Despite modest Republican support, the bill’s prospects do not seem promising.

In an emailed statement, a committee spokesman cited the recent bipartisan passage of the Every Student Succeeds Act, which returned considerable policy-making authority to states and local school districts.

Because “It’s vitally important that schools provide a safe and healthy environment for students to learn and grow,” he noted that many states have banned the practice of corporal punishment.

Nevertheless, in deference to the devolutionary principles of ESSA, “We should be careful to avoid doing anything—no matter how well-intended—that might undermine those important reforms.”