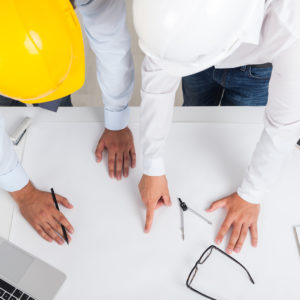 Government should be spending tens of billions more per year than it already does to support K-12 school facility maintenance, upgrades, and new construction, according to recommendations from the American Society of Civil Engineers.

The 2016 study, which was co-issued by the 21st Century School Fund, the National Council on School Facilities, and the Center for Green Schools, found that a combined $99 billion is spent across government per year on K-12 school facilities. According to that study, the nation should be spending $145 billion per year to keep existing facilities up to standards and to meet growing enrollments.

Those who are concerned about equitable funding for schools argue that districts with lower per-capita property values end up suffering from this funding model. Districts that service low-income communities are likely to have less tax-revenue to build facilities than wealthier neighbors, and in places where the state doesn’t make up the difference, their facilities suffer. Detroit’s school system is one high-profile example where local-level budget constraints have led to deteriorating learning environments.

Another challenge for districts seeking to ensure adequate school facilities is changing enrollment trends across state lines, and within states or districts themselves. Overall, public school enrollment is growing, but that growth is more pronounced in some regions than in others.

Southern states like Texas, Florida and Virginia have seen double-digit spikes in enrollment in the past twenty years, while some rust-belt states, like Ohio, Pennsylvania and Michigan have seen a decline in enrollment, according to the State of Our Schools study. These trends force some school districts to expand rapidly in some areas to meet demand.

Susan Hann is the director of planning and project management in Brevard Public Schools in Florida, which services over 70,000 students on the eastern seaboard of the state. Hann, who contributed to the ASCE report issued this month, said her district’s situation matches the national outlook closely.

Brevard County is 70 miles long and 20 miles wide, so among her other challenges, Hann is faced with trying to expand facilities in the rapidly-growing northern part of her district, without resorting to busing students long distances to the southern parts of the county.

“We are trying to provide capacity where our students are” she said.

In addition, Hann said the district’s pool of cash for facility upgrades and new construction still haven’t recovered from Recession-era budget cuts. So while she needs to increase seating allocations in some parts of her district, she’s also working to replace HVAC and plumbing systems in buildings throughout the county. Hann is expecting to receive an additional $157 million over the next six years from a recently authorized sales tax, but she said that would only cover a fraction of the $720 million the district has identified in work that needs to be done on school buildings.

“I live this every day in my own school district,” she said of the ASCE’s report findings.

The ASCE report comes with the caveat that the civil engineering profession would likely get a boost from increased investments in upgrading school buildings. Hann, however, defended the decision to give a D-plus to the state of the country’s school facilities.

Hann said she invites skeptics, who might question whether schools need vastly bigger budgets for their facilities, “to go to any school district in the nation and walk around and see what the schools are like.”

“See for yourself, and make your own judgment,” she said.

In a broader sense, there does also appear to be general bipartisan consensus that the nation’s infrastructure needs re-tooling. President Trump has proposed a one trillion dollar infrastructure investment program, which in its broad strokes, is one of the new administration’s few policy proposals that Democrats have signaled they are willing to work with him on.

Hann said that federal involvement in school construction, renovations, and maintenance would represent a “paradigm shift.”

Whether federal officials decide to get involved or not, she is hopeful that increased attention to infrastructure on the national political stage will raise awareness about the work that needs to be done at the local level to bolster school facility improvements.