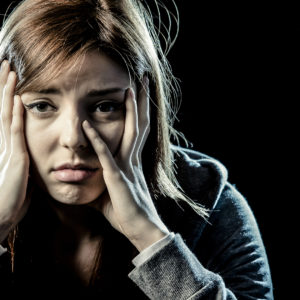 What Schools Can Do to Promote Mental Health in Teens

New York state is expanding its health curriculum to teach mental health alongside sexual education and the risks of drugs and alcohol. Experts have been calling for the tweak for decades, but the Empire State is still one of the first states to change its curriculum in this direction.

The Mental Health Association of New York City leads programs across the state and nationally. The group administers, for example, the national suicide prevention hotline. Lisa Furst, the director of the Center for Policy, Advocacy, and Education at the Mental Health Association, spoke with InsideSources by telephone to discuss what steps parents and educators can take to ensure the safety and health of students

The good news is that things are trending in the right direction, according to Furst. Slowly but surely, advocates and professionals are raising awareness about mental health issues and giving adults the tools and training necessary to recognize when something is wrong in a student, and how to best handle a given situation.

“I think there is increased recognition that early identification and intervention is really critical to identify emerging mental health needs in young people and address them before they reach a crisis point,” said Furst. “It is not uncommon for mental illnesses to develop when people are young—either teens or young adults—and often people will go years before the problem is addressed and they are given the supports that they need.”

New York state’s move to teach mental health in schools is another step in the right direction, said Furst. She is optimistic that the state mandated programs, which go into effect during the 2018-2019 academic year, will help students better understand what kinds of changes are normal—or abnormal—among themselves and their peers.

For parents and educators, Furst said that it is important for people to realize that mental health problems manifest themselves in different ways depending on a person’s age. Too often warning signs are confused with bad behavior or are attributed to some other cause, said Furst.

Another program that Furst highlighted is a day-long course called “Youth Mental Health First Aid,” which is offered to educators or those working with children in other capacities. Furst explained that “It helps them understand ‘What are those warning signs?’ ‘What ought I be looking for?’ ‘How do I engage a young person so that I can talk with them safely and get them connected?’”

Overall, however, mental health experts still face challenges in breaking through and getting information about mental health services to everyone that needs them. Mental health has historically been treated separately from physical health, so while most schools have nurses, for example, far fewer have on-site mental health experts. Furthermore, cultural stigma towards mental illness persists in some parts of society and will sometimes discourage students from seeking out the help they need.

“For a lot of people interacting with mental health services means interacting with a system they don’t know much about, and that they’re concerned won’t understand them. And, to be truthful, we have a long way to go in terms of providing culturally competent, linguistically competent services to everyone who needs them,” said Furst.

One of the most productive things adults can do if they see warning signs in an adolescent—such as behavioral changes, drug or alcohol use, depression or anxiety—is try determine whether the student needs to be connected to a professional. With that in mind, however, Furst pointed out that not every case needs to be rushed to a psychiatrist.

“If I need my appendix taken out I wouldn’t expect my mom to do it, I would go to somebody,” and similarly serious clinical problems should be handled by clinicians, said Furst. “That being said, there is a lot that can be done to support parents and young people,” including non-clinical support and counseling or awareness programs.

One last important note, from Furst: If you are concerned for your own mental health of for someone you know, you can call the national suicide prevention hotline at any time, on any day of the week. The number is 1-800-273-8255.