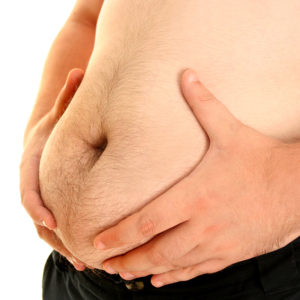 Should We Fight Obesity or Accept It? Both.

Is the recent and rapid increase in the size of Americans’ waistlines a public health crisis or a social justice anti-discrimination issue? If our changing culture steers us toward the latter — and to some degree, it is — perhaps we’ll see fewer aggressive public health campaigns and more battles in the blogosphere, courts and Equal Employment Opportunity Commission.

Instead of treating the obesity question like an either/or scenario, let’s just make sure to look for all of the right answers. Yes, that might mean rethinking how we treat the millions of people struggling with it. It doesn’t mean we should ignore the problem.

Today, there are battles everywhere to make obesity acceptable and to stop “fat shaming.” One recent story involved a woman in the middle seat of an airplane complaining loudly on her phone that she was “squished” between two pigs.

Perhaps she felt it was OK. As one study notes, “Weight bias is recognized as one of the last socially acceptable forms of discrimination.” A Google search revealed nearly 23 million articles on fat shaming.

There is even a 50-year-old civil rights organization that promotes body positivity, the National Association to Advance Fat Acceptance. It exists to “eliminate discrimination based on body size.” No doubt, that’s a useful thing to do. One 2014 study in the medical journal Obesity indicated that “rather than encouraging people to lose weight, weight discrimination promotes weight gain and the onset of obesity.”

Some take this idea further, arguing that even health-centered advice can be damaging. A recent article from Linda Bacon and Amee Severson in Scientific American claims so-called “‘health experts are sending incorrect and destructive messages about the relationship between weight and wellness.” The real problem for the overweight is “fearmongering” that “puts them at risk for diabetes, heart disease, discrimination, bullying, eating disorders, sedentariness, lifelong discomfort in their bodies and even early death.” They claim that the idea that being overweight on its own is a health problem has its roots in racism and slavery and other attempts to “rank bodies.”

Some see a cultural problem. One professor of physical therapy observes that being thin has been a virtue in Christianity, where “fatness was associated with sloth and eating with carnal pleasures and sinfulness.” She believes defining a “crisis of fatness” is rampant among all of our institutions including “governments, public health organizations, corporations and the media.”

Across the Atlantic, journalist Michael Buerk offers a callous version of acceptance. Noting that nearly one-third of United Kingdom residents are now clinically obese, he chalks it up to personal autonomy and continues, “The obese will die a decade earlier than the rest of us and we should see it as a selfless sacrifice in the fight against demographic imbalance, population and climate change.” So much for solutions.

Whatever you believe, it’s an uphill battle for acceptance. In the box office leviathan “Avengers: Infinity War,” audiences were laughing when superhero Thor appears in a fat suit.

One thing is clear: The public health community doesn’t view this as a laughing matter.

A Google search uncovered 144 million articles about diseases associated with weight. Most important are diabetes, cancer, heart disease and stroke. In 2017, the Centers for Disease Control reported that more than 114 million Americans have diabetes or prediabetes, the seventh-leading cause of death.

Also, according to CDC, men gained an average of 15 pounds between 1991 and 2012. Women gained 17 pounds. Today, two-in-three adults and nearly one-in-five children are overweight or obese. Some estimate that obesity costs $150 billion a year in direct medical costs.

Those costs will be shared if America implements a health-care-for-all system. It’s not realistic to solely blame genetics given that the huge gains in weight occurred only in the last 20 years. Somewhere, there is a middle ground between acknowledging an expensive public health crisis and a more humane way to treat the problem.