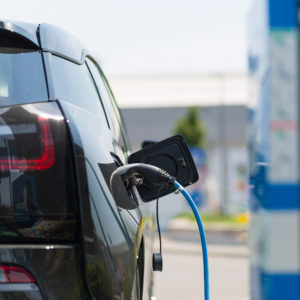 No one likes taxes, but when the rubber hits the road, some government services are necessary. Fairly high up on most lists of these services are roads. For decades, both state and Federal governments have turned to gas taxes as a means of raising money to fund road construction and highway maintenance. The tax is seen as a sort of user fee, since the majority of gasoline and diesel sold in the U.S. is used for driving and fuel for farm vehicles is sold tax exempt. With the growing popularity of electric cars, however, states are beginning to worry that this gas tax as road user fee model has gaps. They are looking at additional licensing fees to try to offset the difference.

In Oklahoma, a proposal to address a budget shortfall through a tax on electric vehicles has not only sparked debate, it is the subject of a current lawsuit on behalf of the Sierra Club.

“With no rhyme or reason behind the legislation, the arbitrary fee has no connection to the actual costs and benefits of electric vehicles,” said Johnson Bridgewater, the Sierra Club Oklahoma chapter director. “In fact, it requires electric vehicle drivers to pay more than they would in gas taxes.”

The Sierra Club’s lawsuit is centered around a bill signed by Republican Gov. Mary Fallin in May. The new law levied a $100 fee on electric vehicles and $30 on hybrid cars, and it was part of a package of measures aimed at helping the state reduce a budget shortfall of $878 million.

The Sierra Club is arguing that the fee is equivalent to a new tax, which must be passed by a supermajority in the state legislature. It also argues that the passage of the tax was arbitrary and did not consider the positive impacts of electric vehicle use, such as fewer pollution-related deaths.

Bridgewater claimed in a statement that the “exorbitant fee” was designed “to punish electric vehicle owners for making the switch to cleaner transportation and protecting Oklahoma’s roads and public health.”

Oklahoma has one of the lowest gas tax rates in the country. The state taxes gasoline at 16 cents per gallon and diesel at 13 cents, with an additional one-cent motor fuel assessment fee levied on both. These rates have not gone up since 1986. The average Oklahoma driver paid $113 in fuel taxes in 2013, the last year for which statistics are available.

Although the proposal has attracted a lot of attention and is also the subject of a separate lawsuit expected to be heard before the state Supreme Court this summer, it is not predicted to affect many drivers. About 3.1 million vehicles were registered in Oklahoma in 2016. Almost none of them were electric or hybrid. According to an analysis by state lawmakers, the measure would affect only around 2,100 vehicles. Only about 800 electric vehicles are owned in the state of Oklahoma, along with approximately 26,642 hybrid vehicles. Given these numbers, the new fee would raise annual revenue of $1,011,860.

This fee would offer a very limited revenue boost, but the state has been struggling to balance its budget after oil revenues collapsed.

The future of the fee may be in jeopardy, however. In the same bill as the electric vehicle registration fee, the legislature also enacted a $1.50 increase of the state cigarette tax. On Thursday, the state Supreme Court struck down the tax, finding that it violated sections of the state constitution that specify that revenue bills cannot be passed in the final five days of the legislative session and that they require a three-fourths majority. The plaintiffs argued that the cigarette tax increase was a revenue measure disguised as a public health concern.

State lawmakers have been attempting to avoid calling a special session to address the budget, though this may be necessary. In the meantime, the future of the electric car fee is uncertain. The court has not ruled on the previous lawsuit and declined to grant a stay of the fee as the Sierra Club’s suit continues.