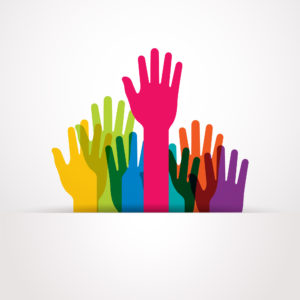 When schools focus on their students’ social and emotional well being, students are better behaved and they score higher on tests, according to a recently released research brief. The report, “Social Emotional Learning in Elementary School,” is part of a series on social emotional learning that Pennsylvania State University is releasing with the Robert Wood Johnson Foundation.

Despite long established scientific research pointing to the importance of children’s psychological development, social emotional learning has only burst into the forefront of the K-12 reform landscape recently.

According to the report, “a meta-analysis including 213 rigorous studies and over 270,000 students demonstrated that students who received [social emotional learning] programs performed better than students who did not.” In particular, those students showed an average 11 percent additional improvement in their test scores.

“What we find in the field is really very solid research,” said Linda Dusenbury, a lead author of the report and a senior researcher at the Collaborative for Academic, Social, and Emotional Learning. Dusenbury said that multiple meta-analysis studies have replicated the findings that school teachers can impact a student’s social emotional competency, and those gains lead to improved student outcomes.

Dusenbury and her research partners also found that well-implemented social emotional learning programs improved classroom discipline, overall school culture, and even could have a positive impact on teacher satisfaction. The researchers said their findings are also borne out by similar studies conducted in European schools.

Self-awareness and self-management lessons may focus on growing a student’s confidence or teach them how to recognize and cope with mood swings in a productive way. Meanwhile, social awareness and relationship skill lessons might prioritize empathy to people from other cultures, or effective conflict resolution techniques.

By focusing on interpersonal as well as intrapersonal skills, proponents argue that students emerge from well-designed programs with more self-discipline, better attitudes, and a greater willingness to collaborate with peers.

Based on their review, the researchers determined that the most promising results came from schools that took a top-down approach to social emotional learning through systemic school-wide implementation. Such an approach not only requires classroom-based activities, but also involves teacher training, administrative backing, and community partnerships.

Nevertheless, the key finding is that “teachers can do this,” said Dusenbury. The scientific findings argue for teachers to play a more muscular role in a student’s non-cognitive development—often seen as an area that is outside of the school’s direct purview.

Education technology companies are also riding the wave of enthusiasm over social emotional learning. Digital platforms including educational games aimed at improving self-awareness and other non-cognitive skills have received buzz over the past year.

Another factor working in favor of social emotional learning proponents is the recent course-correction in federal education policymaking. Under the new education law of the land, states have much more freedom to establish long-term goals for their students and are required to also focus on nonacademic school quality indicators, rather than just test scores.

While each state plan is different, many policy makers have discussed incorporating the school climate surveys given to parents, teachers, and students into accountability frameworks. If those surveys are designed in a way that allows for meaningful differentiation between schools, states that use the surveys may be likely to subsidize social emotional learning programs in districts that are struggling with a school climate metric.

At the heart of the increased attention to social emotional learning is the realization that the issue has actually always been at the forefront.

The difference, she said, is that now, educators are being encouraged to be more “intentional and explicit” about emphasizing non-cognitive personal growth.